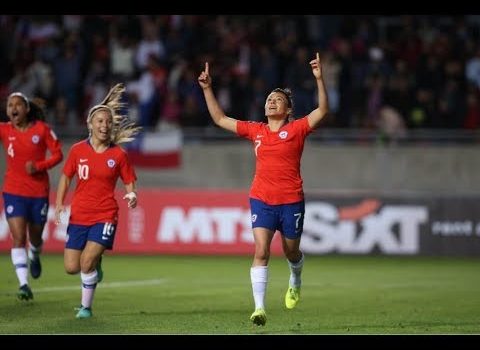 Chile will play Australia in two friendly matches in November, but María José Rojas is making an extended stay after signing with Canberra United in the W-League.

The 30 year old has signed on for Canberra United just before the start of the W-League season and the club is excited to have her on board.

MORE CHILE |
Some massive news on the eve of the @WLeague season as we confirm the signing of Chilean superstar @CoteRojas7.#UnitedWeStand
Read 👇👇 https://t.co/C7KM0tcjB4

Canberra coach Heather Garriock heralded the signing. Rojas was a key member of Chile’s Copa America squad which saw a historic moment, with the Women’s teaming qualifying for the World Cup for the first time. The timing of the W-League season has seen a number of international players joining the competition for season number 11.

“To sign another international of such high calibre is a big boost for us,” Garriock said.

“Cote is a proven star, has been in the Chile setup since 2004 and I’m excited for Australia to see just how talented a player we have signed.”

The Chilean is no stranger to Australia, having previously played with Adelaide University in the NPL. Rojas was a trailblazer, the first Chilean female play to play overseas, starting out in the USA. Since the success of the Copa America, more of her teammates are signing for clubs around the world, with Christiane Endler at PSG heading the list.

Rojas has played in the USA, Germany, Lithuania and most recently Japan, with Australia the next destination. Canberra United start the season up against Melbourne City, who will be missing a number of key players.