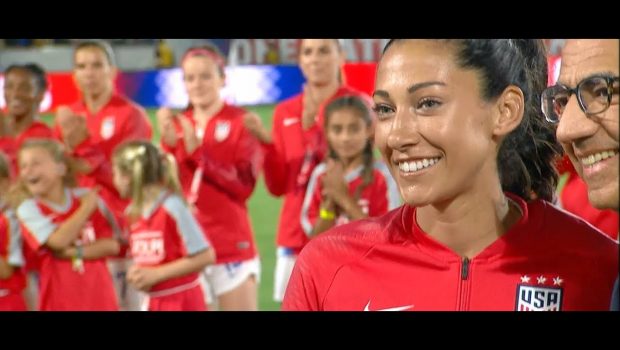 Following on from a tour of the USA, Chile will travel to Australia to play the Matildas as preparations for the 2019 Women’s World Cup continue.

The two matches will take place in November, with the teams clashing in Penrith on Saturday November 10 before meeting again in Newcastle on Tuesday November 13. The matches will be part of a huge November for the sport, with the men’s team clashing with Lebanon the following week to farewell Tim Cahill.

Chile’s tour to the United States comprised of two defeats, going down 3-0 and 4-0 to one of the powers of the sport. The Australian team has also recently been in the USA, where they were unable to defend their Tournament of Nations trophy, having drawn with the USA, who won the tournament on goal difference. Australia will also play England and France in Europe in October.

Chile will once again be led by PSG’s Christian Endler, who impressed with multiple saves against the USA squad. Chile qualified for their first World Cup after a strong showing at the Copa America on home soil. They are currently ranked 39 in the FIFA rankings, with Australia in 8th place on the chart led by the USA. While Australia will be likely to have strong wins in each match, the tour will be important preparation ahead of the World Cup in France for both teams.

One Response to Chile to Take On Matildas in Australia