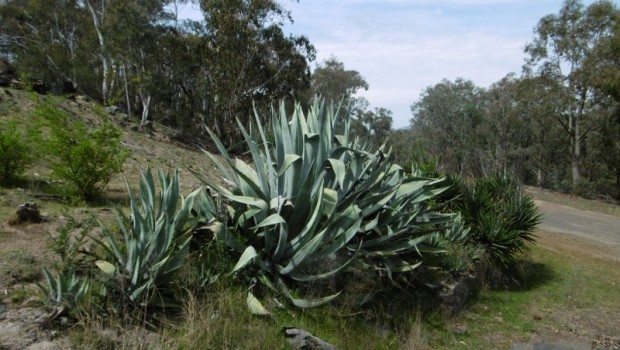 Our most recent outdoor adventure was on the southside of Canberra, beginning in O’Malley with plans to reach the top of Mt Mugga Mugga.

Unfortunately we never did reach the summit, however the journey was quite interesting, with the highlight of the area the abandoned quarry. The park had taken my interest a few times when going to the Chilean embassy in O’Malley, so it was good to finally get in there and see what it was all about.

A look at the map made it seem that leaving from near the Slovenian embassy was going to be the best option, so that was our starting point. Soon after hopping over the fence, we were onto the Canberra Centenary Trail, which I was not even aware passed through the area. 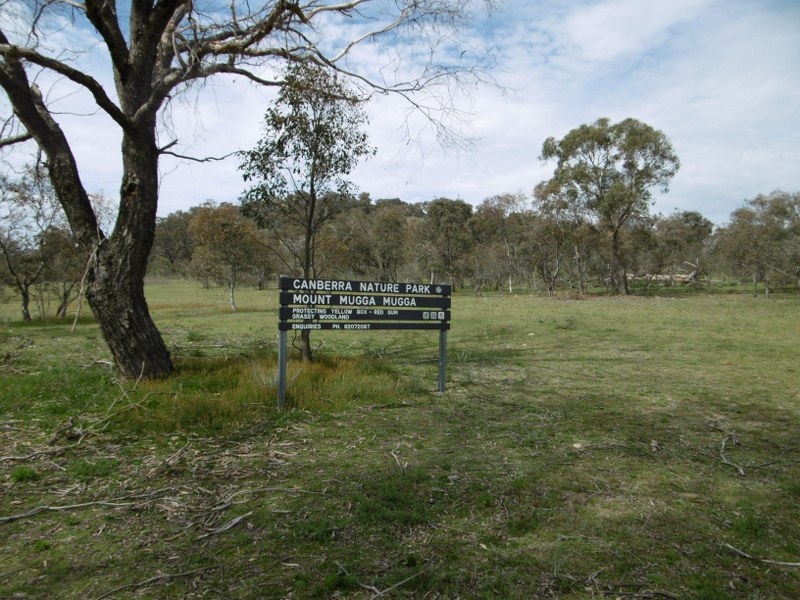 The trail remains fairly flat, passing through some farmland. We just stayed on the main trail though there seemed to be some options to go over towards the mountain, which may have been a better idea in hindsight. Some way along we saw a very large bunch of kangaroos and they started hopping away upon seeing us, though some were still for long enough for a photo opportunity. As we tried to get a bit closer to them, we moved someway up the hill and eventually came upon a road, which would have been the old road up to the quarry. 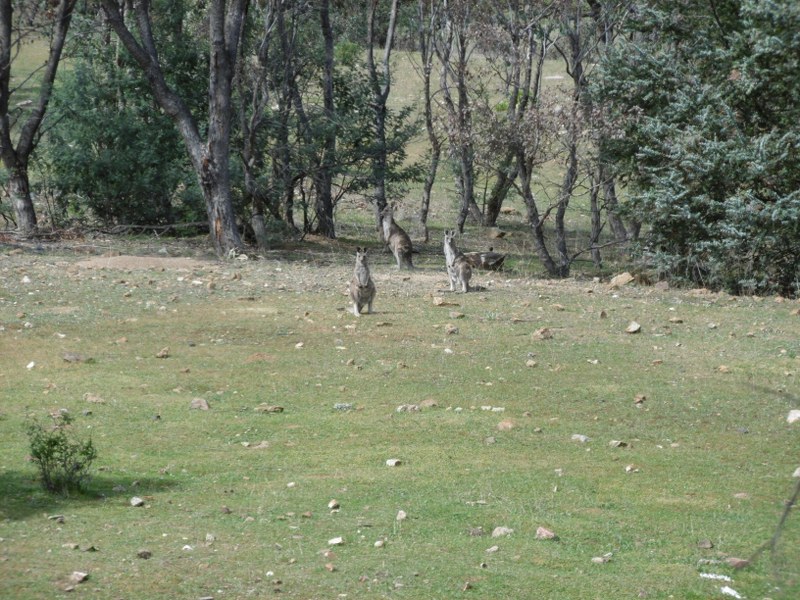 I wasn’t sure how things would pan out, particularly in terms of reaching the summit. In the end the DANGER: KEEP OUT signs were enough of a warning for us, we didn’t really want to take a little boy down into something marked as OPEN PIT. 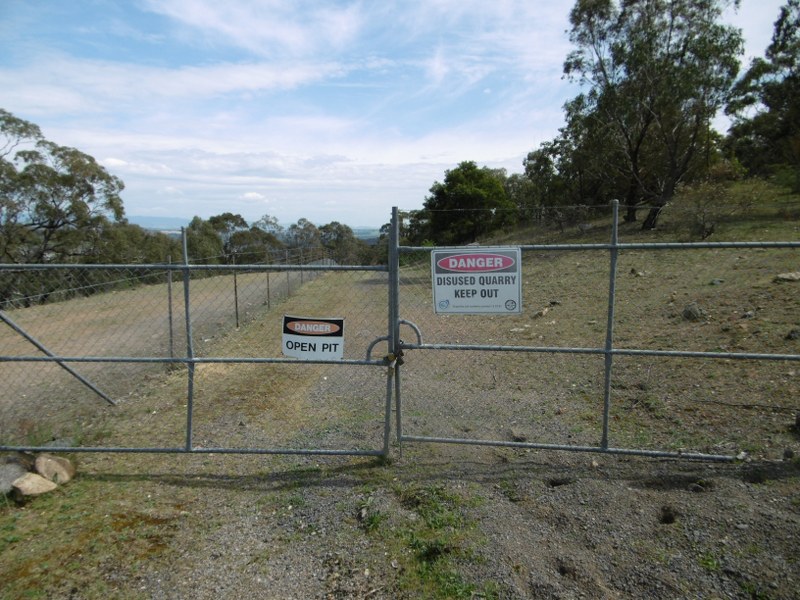 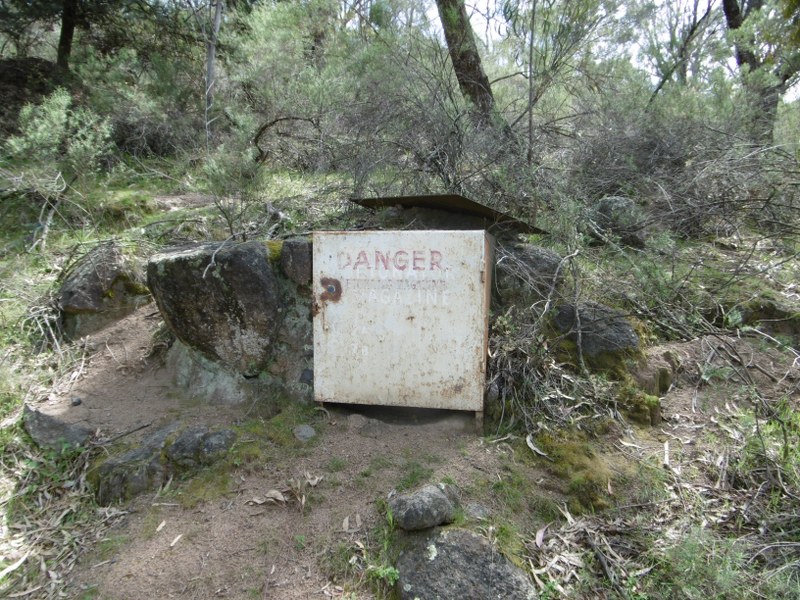 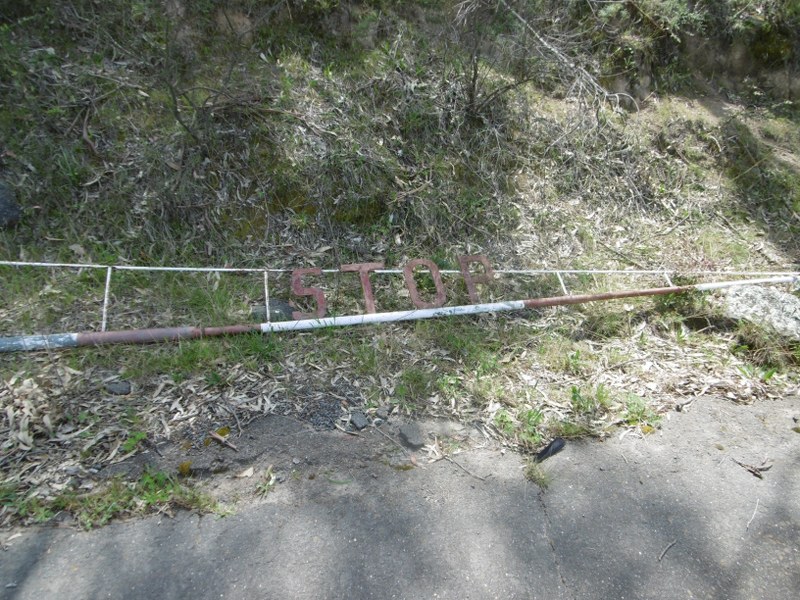 A break for sandwiches provided quite a good view back over the Woden Valley, as well as the Mt Stromlo area and beyond, while other parts of the walk offered a vista down towards Tuggeranong. At 812 metres, Mugga Mugga stands at the same height as Black Mountain, so the viewpoints should not have come as a surprise. 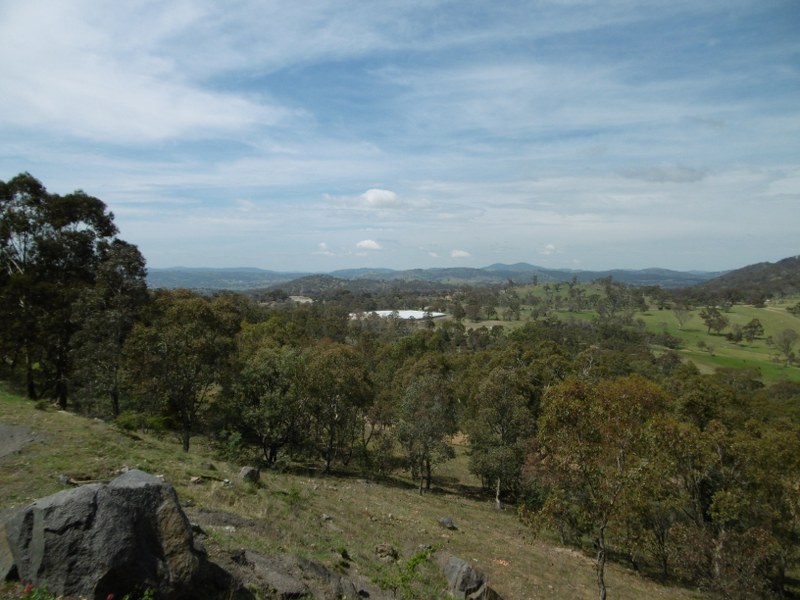 Once we came upon the road, we followed the sealed section until it eventually came to the old quarry, which is fenced off. It seems kangaroos and other animals have made their way in through plenty of the fences, with hopefully not so many falling down any “open pit” areas. Once we got to the fenced off area, we ventured down along the fenceline. Despite the warning of open pits and great danger, there was a little disappointment in the lack of massive holes behind the warning signs.

Coming around a corner, we saw into what must have been one of the main areas of the quarry, which was apparently looking to transfer to Mt Ainslie in the early days of Canberra, due to the rock being “too hard“. 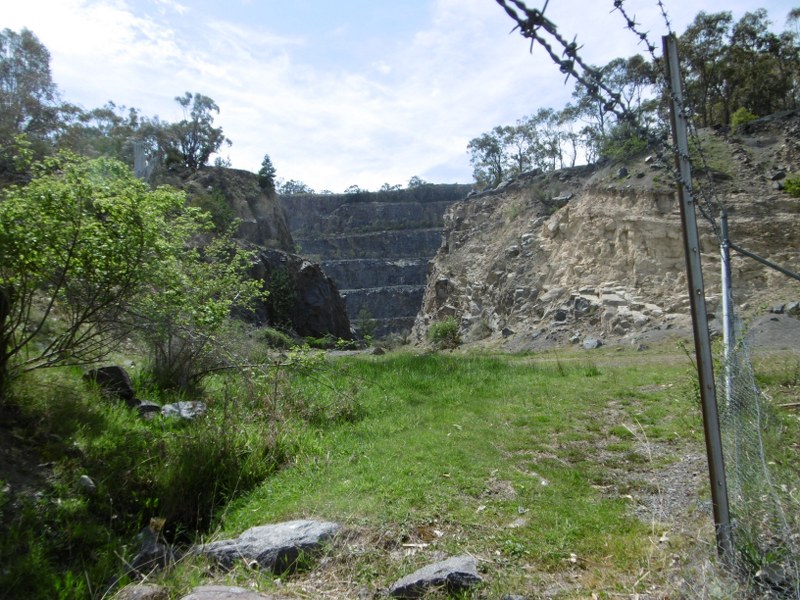 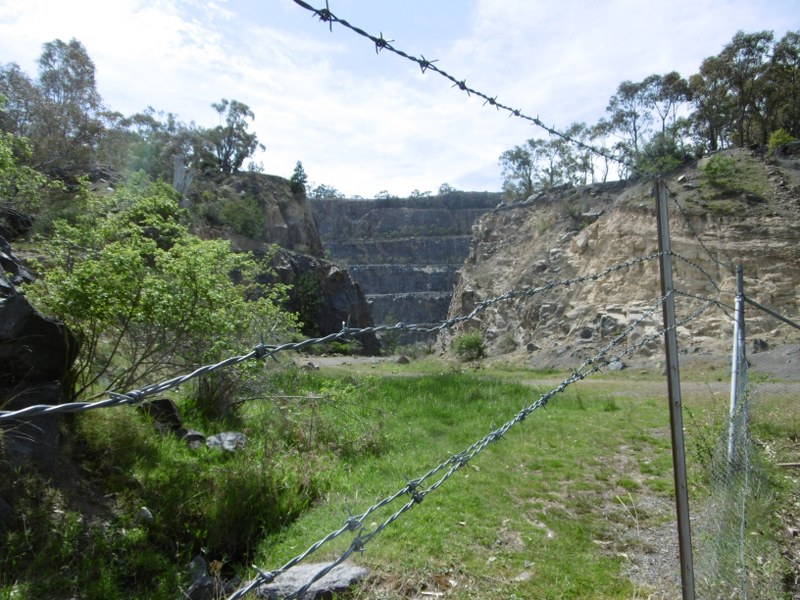 I was only really able to get a quick glimpse of the massive structure, but it gives off the impression of an abandoned civilisation and would be interesting to explore further. I believe continuing to follow the path we were on would have eventually got us up to the top of Mt Mugga Mugga, but we chose to cut across and get back onto the main track. This involved a slight hop of a creek bed, which saw me get my feet a little wet.

You can find out a bit more about walking in the Mugga Mugga and Isaacs Ridge area, as well as the rest of Canberra and surrounds by following this link.