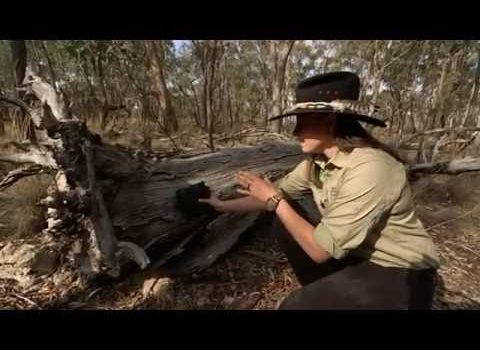 Ford in Forde – has a nice ring to it. Brent Ford travels to the suburb of Forde, named after a one week prime minister-ship.

While his time as leader may not have been longer, Francis Forde had a long serving career in politics. He was deputy leader for 14 years and was on the scene in times of characters such as Curtin and Chifley. He also led a delegation for Australia to the first meeting of the United Nations, though it seems Herbert Evatt was calling the shots. The National Archives do a good wrap up of his time in office.

Forde is named in honour of Frank Forde, who served as Prime Minister of Australia for a week following the death of John Curtin. He is Australia’s shortest serving Prime Minister. Mulligan’s Flat next to the suburb used to be a road between Murrumbateman and Bungendore. #A2ZACT pic.twitter.com/2MM3GOiEGN

Forde is a reasonably new suburb, opening up in 2008. However, the area around Mulligans Flat was one of the earlier European settlements. Parts of North Forde are reminders of the Indigenous history of the area. The Yeddung Dhaura area was this year placed on the Heritage Register, having previously had a provisional registration. The Feel the Power blog took a good explore around the suburb.

The Mulligans Flat area is a woodland sanctuary, with fences set up to keep predators out. It is home to endangered animals such as the Eastern Bettong. There are many walking trails, including the Canberra Centenary Trail. From Forde you can either travel through Mulligans Flat and into Gooroorayoo and beyond or along the border trail past One Tree Hill and to Hall. This follows the Old Coach Road, which was a key link between Murrumbateman and Bungendore. There is also the option to link with the Yerrabi Pond trail and head into Gungahlin.

The schools of the area were some of the first and parts of the buildings still remain.

Some of that wildlife spills out into the suburb.

@ParrotOfTheDay Having just moved to Forde, next to Mulligan’s Flat, am enjoying the bird life – not all parrots though. Here are a pelican, a striated pardelote, a couple of Rosellas, and two grass parrots – i.d. please. @GbhvfRon @KMRiethmiller pic.twitter.com/SO05hhLTtv

The history of the area is recognised – with the main park being called Heritage Park. There’s a detailed writeup here. The Canberra Bushwalking Club gives a guide to a tour around the suburb. The Walk Canberra site has another loop, taking in the Lyall Gillespie corridor. This area contains outdoor exercise equipment as well as some play areas. It is named after Lyall Gillespie, who was a key historian of Canberra. In his day job as a public servant, he rose to “City Manager”. The Gillespie family were earlier settlers in the area, at the Horse Park property.. His collection was donated to the Hall School Museum in 2015. Before all that, he served in the Air Force in World War 2. His books include Canberra – 1820-1913.

The corridor follows a set of ponds, some of which can be seen in the video below. They eventually lead into Yerrabi Pond. The development was rewarded in the ACT Landscape Architecture awards in 2014. You can find an array of bird life in the area.

There is a small shopping centre in Forde, with Frankies at Forde the mainstay. They have recently been highlighted for their sustainability efforts. For pizza, there is Da Bronx.

Like the suburb itself, the pub takes its name from Frank Forde. A brief review of his career can be found in this article, noting a planned comeback to state politics in Queensland. His speech making days may have started in Rockhampton, where he addressed the crowd as the leader of the Australian Natives Association in the marking of the first ANZAC Day in Rockhampton. He has a park named after him there, featuring a statue of a Santa Gertrudis bull.

He died in 1983 and is buried in Toowong Cemetery, Brisbane.