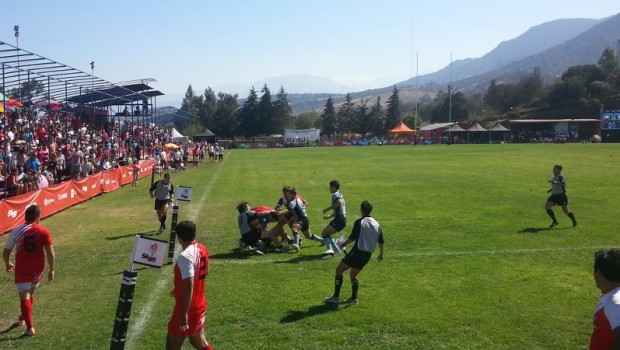 After taking the title at the Viña Sevens, Chile will join Trinidad & Tobago and American Samoa in debuting at the prestigious Hong Kong Sevens tournament.

Chile will look to put a disappointing South American Games behind them. Despite beating Argentina three times in 2014, the condores had to settle for bronze at their home tournament.

Group E will host the Chilean outfit, with the first match taking place at 3:28 pm on Friday in Hong Kong (early morning Saturday in Chile) against Russia. Zimbabwe will be the other opposition for Chile’s first day of play. They will round out the group against Barbados the following day.

The best team of the qualifying tournament will receive the right to join the Sevens World Series. With the sport’s addition to the Olympics in 2016, the top four teams in 2015 will earn direct qualification to Rio de Janeiro. Fiji are the defending Hong Kong champions.

One Response to Chile Prepares for Hong Kong Sevens Debut