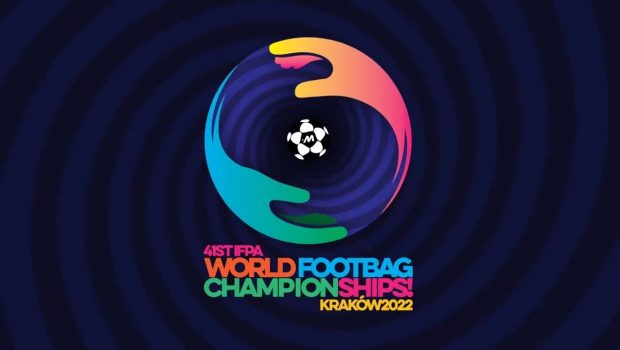 World Footbag Championships Come to A Close in Poland

Krakow in Poland was home to the World Footbag Championships. It was the first time Worlds had been in person after two years online.

There were a variety of players from around the world, with players coming from as far afield as Colombia. Players from Poland and Czech Republic made up most of the finalists in freestyle, as they have done for much of the past two decades. Patrik Černý added another Routines title to his impressive collection in the tournament.

There were various changes to competition formats, with the aim to attract a larger audience. The length of routines was reduced, with the finals being held in a nightclub.

Wiktor Debski, who continued an impressive run of form in both freestyle and net – as well as being inducted into the Footbag Hall of Fame, has shared some of the action from both Euros and Worlds.

The trip added another finals appearance for Colombia’s Sebastian Ceballos, who has continued to build his impressive performance routines, mixing in circus skills alongside the freestyle footbag tricks.

You can see further results here.

Net results can be seen here.

Below you can see various videos from the event uploaded by Jakub Mościszewski.

The event was organised by the MANIAC Footbag Team in Poland. Congratulations all around for everyone behind the scenes for getting the real life events coming back into action.