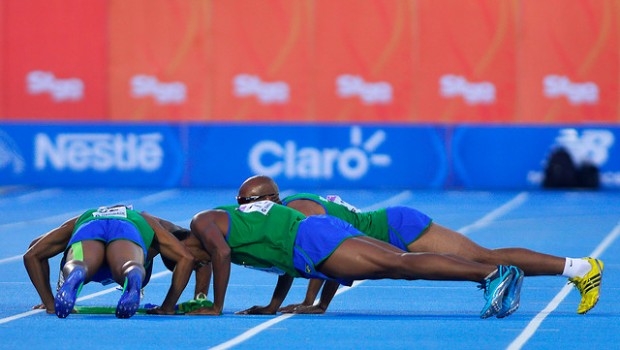 With more than twice as many gold medals as their nearest rivals, Brazil showed their power at the South American Games.

With preparation for the Rio de Janeiro Olympics underway, Brazilian athletes were out to impress. With a total of 255 medals (109 gold, 68 silver, 78 bronze), Brazil were leagues away from the rest of the competition. The pool was Brazil’s most successful area, with 18 golds in swimming, as well as 2 more from open water swimming, two in diving and one in the synchronised swimming events. Athletics brought 14 of the gold medals, artistic gymnastics 7, with four more from rhythmic gymnastics. Boxing, judo, table tennis and canoeing added five apiece.

In the team sports, Brazil were unstoppable in beach volleyball and won both events in handball. They won the futsal tournament, but could only manage a bronze in the women’s football. The Brazilian women’s rugby sevens team was well ahead of the rest of the competition. 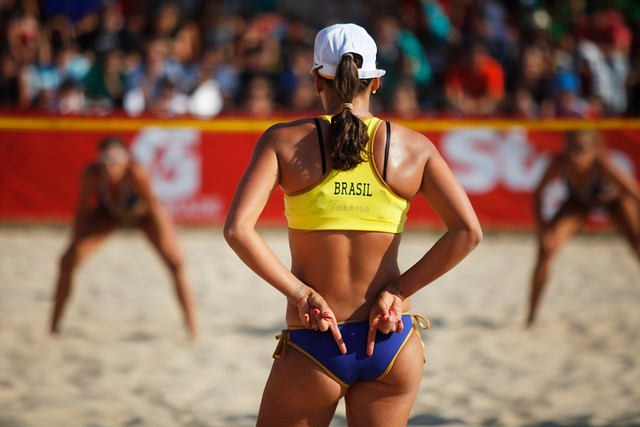 Brazil were too strong in beach volleyball. Photo: IND

Brazil counted on a delegation of 504 athletes for the Games.

Despite their huge population and sporting prowess, it is only the second time that Brazil have topped the medal tally at a South American Games. Previous hosts Colombia dropped to second from the top. Not only were they not hosting, but the Santiago event had a significantly reduced number of medals up for grabs.

At the other end of the scale, Guyana was the only country not to reach the podium. Aruba’s one bronze came in Taekwondo, thanks to Stuart Smit. Bolivia, who will host the 2018 version in Cochabamba, could only manage four bronze medals.

With the South American Games now at a close, the sporting action is not over yet. Chile will host the first ever Parasuramericanos between March 26-30. All events will take place in the facilities around Estadio Nacional.

While Brazil’s on-field performances have been impressive, it is the construction of the fields and other sporting facilities that is cause for concern. The IOC’s overseeing committee are currently on their sixth visit to Rio in order to check the progress of construction for the 2016 Olympic Games.