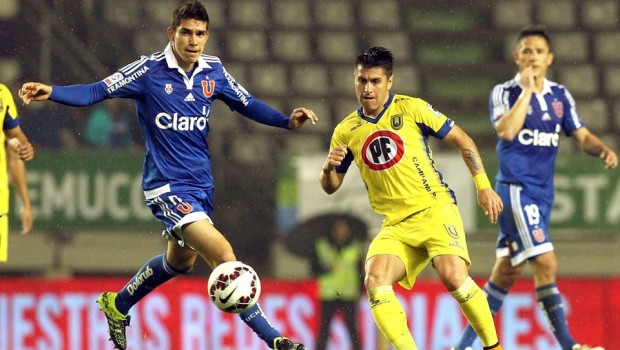 SANTIAGO – Despite the fact that “La U” lost to minnows Universidad de Concepción as well as being hammered 4-1 by Deportivo Quito, their form in the Copa Libertadores has seen them rise one more place in the IFFHS (International Federation of Football History and Statistics) monthly rankings.

The fact that the European seasons have come to an end has given the Chilean side an advantage in rising up the rankings. The next two challenges for “La U” will be the second leg of the quarter final against Cobreloa in the domestic competition. It is most likely that lineup will be far from full strength. Cobreloa would need to win by three goals two advance to the semi final after losing 2-0 at home.

Most of the first team will be rested until the Copa Libertadores clash with Boca Juniors. The Argentine club is currently ranked 11th in the IFFHS list. Barcelona remains on top of the table despite failing to reach the Champions League final and the fact that their arch rivals Real Madrid won the La Liga competition in Spain.

Universidad Católica dropped once again. Falling from a top ten ranking just two months ago, sliding down the charts to number 56. Unión Española are inside the top 100 at 86, while Colo Colo are ranked at number 308.

The “Cacique” were ranked first in the monthly ranking in October of 2006 due to strong performances in the local league and in the Copa Sudamericana.

The rankings give equal value to the Champions League and Copa Libertadores competitions, though nothing showed the difference between the competitions like Barcelona’s crushing 4-0 victory over Santos in December 2011. The Copa Sudamericana and Europa League also hold the same value.

You can see the full list of the monthly rankings here.

Negotiations continue between Universidad de Chile and Santiago Wanderers striker Sebastián Ubilla. Despite failing to qualify for the playoffs, Ubilla finished the regular season as the top goalscorer.

Six Universidad de Chile players have been included in the squad to take on Bolivia in tomorrow’s World Cup qualifier in La Paz. La Roja suffered an injury blow when Sevilla midfielder Gary Medel was ruled out of the match with a muscle tear.

This post was originally published on I Love Chile.