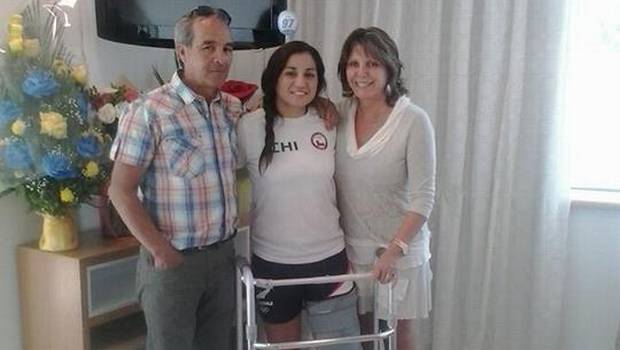 The sight of a stricken Irene Aravena was one of the saddest moments of the South American Games, but the good news is that she is on the mend.

The cyclist´s terrible injury made international news last week. Aravena wasn´t aware a red flag had marked a false start and, with the velodrome officials too slow to react, she crashed into the starting gate and went flying through the air.

Her bike snapped in half and Aravena was left lying in agony on the ground. She suffered a broken kneecap, among other injuries, and faces a lengthy road to recovery.

However, she has now been discharged from hospital and is already looking forward to getting back on her bike.

On her Facebook page, she published a message along with a photo with her parents.

The accident is currently being investigated and charges could yet follow.