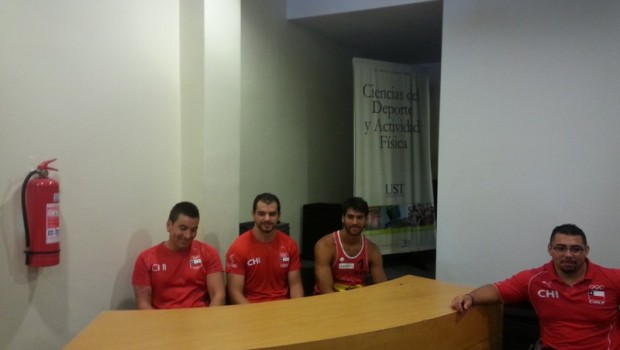 Paralympic weightlifter Juan Carlos Garrido broke the World Record for his division in 2013 and will look to build on that experience for 2014 and beyond.

Sport/Life caught up with Juan Carlos at the DAR Chile launch event. The weightlifter is a director of the athlete organisation. Alongside other athletes with a disability, including World Champion Cristián Valenzuela, DAR Chile is ensuring that all Chilean athletes are being taken into consideration in sporting policies.

What’s the importance of DAR Chile for all Chilean athletes?

To start with it’s a place where all of Chile’s elite athletes can find information, which has previously not been available, or difficult to find. Scholarships, such as Proddar, insurance, etc. I think that’s one part of the assistance. The other part is to show people who the athletes are, what it involves to be an elite athlete. Previously we might have made claims that nobody is covering our events, but we’ve never taught people about our disciplines. We are now teaching people what it is to be a high performance athlete.

We’ve got the Odesur coming up, as well as the first ever Parasuramericanos – what are your expectations for the event?

As a Paralympic athlete it’s a super important event. It’s a dream to compete in your own country. I have great possibilities to do well in the event, and I hope to do so. As for the event, I think we’re going to make a surprise.

You’re a World Record holder, but there hasn’t been much coverage of that. How can this change?

Exactly. There has been zero coverage for the Parasuramericanos. We have world champions, world records, however, things have changed greatly. I can’t say it’s all bad. There’s still a lot to do. I hope that the event will allow people to connect with the Paraylmpic athletes, to show that we are not doing these sports just for recreation or rehabilitation, as many think, but we are just the same as any athlete. We train every day.

What’s missing for the Paralympic athletes at this moment?

What’s your goal for the coming years?

First of all, to take gold in the Parasuramericanos. On April 5, I’ll be competing in the World Championship in Dubai. I have a great chance of being among the best, and I hope to be first. A little further away, it’s still some time though, is to take a medal at the Paralympic Games in Rio.

Anything more to add?

The first ever Parasuramericanos will take place between March 26 and 30, with qualifying for some sports beginning on March 24.