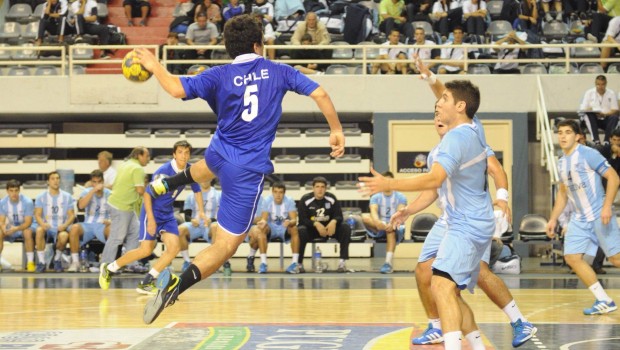 Sport/Life had a chat with Francisco Salazar, one of the players who will line up for the Chilean handball team at the South American Games.

You’ve been selected for the Odesur – are you happy with that?

Yes, I am in the squad. I feel very happy and excited to represent Chile for the first time at the adult level and have the power to show that I am a good choice for the national selection.

What’s your goal for the South American Games, and for 2014?

My goal for these Games, is to do my best on both a personal level, and for the team. Contributing to a strong team performance, as well as to push for the best results on the table and the power to reach the podium in Santiago 2014. As for the year, my clear goal is to keep participating in as many tournaments and tours as possible with the adult team.
What’s the current situation of handball in Chile?

At the moment, handball is growing exponentially in Chile, and in a good way. For example, there are preparative tours playing against teams in Europe, that being honest, some years ago would have been unthinkable. We are working on a national league to take the sport throughout the country, and there are many other things that make you think that it will keep growing for us and for future generations.

There have been various complications with the federation, with money, etc. How does this affect the players?
Yes, in this moment the federation has its hands tied and is without the power to administrate money, that due to a huge mistake, they are confused with the previous federation and the problems that they had. They are facing the blame for problems with the old federation.
Como un buen refrán: Pagan justos por pecadores
This affects us in a certain way because it’s an uncertain future, many times these problems make us lose focus of the real objective, and means that players are making campaigns, call on the press to act in a certain way, rather than dedicating completely to training, without worrying that something may happen.
Many people talk about the lack of sporting culture in Chile. How can that be changed?
I think a good way to change this is to bring the lesser known sport to the people, to generate a type of learning for all the people. Another key is that the sporting media and national press add something more to their “sports” section than football. Many times I have bought the newspaper or watched the news for the sport, the majority is dedicated to football. Chile has some great sportspeople, but we are not prepared or informed on all the sports. 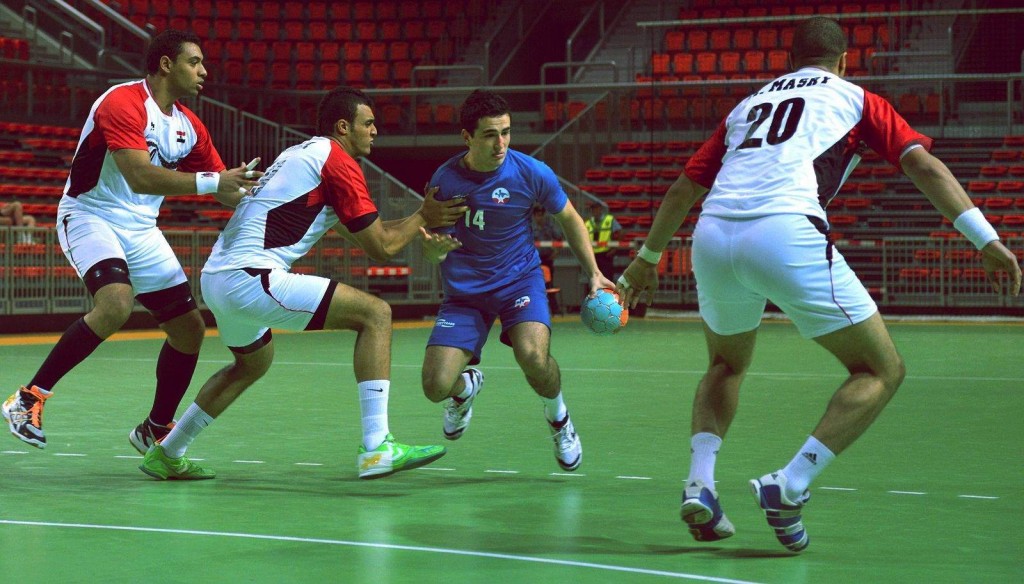 How did you get started in handball?It all started when I was quite young, thanks to my sister Maria Fernanda and brother Miguel, they took me to train with them in an after school program, where we trained twice a week. My physical education teachers, Liliana Veloso and Rolando Salazar, who were also my trainers, were a great help. They saw my physical conditions and invited me to be a part of the school team.
Who are your inspirations, both in sport and life?

My inspiration in sport are many of the Chilean handball players that have striven to achieve their dream of playing in foreign teams and leagues. My inspiration in life is my family in general, and above all, my mother. They understand my decision to dedicate completely to sport, leaving studying and many times family to the side for this. Also for working every day to bring up a family with three children, humble, simple and very sporting.

If you were president of the federation, what would you do?

I would like to develop the sport in such a way that it be known by all Chileans. I would like to continue working so that the sport grows in giant steps, that each time we have better support through sponsors and private entities. That we have a national team made up by inhabitants of all parts of national territory. To create a plan of exporting players to play in other leagues and overall work to access and become closer each time to the planned objectives (Panamericanos, World Championships, Olympics etc)

You have played as a right back, what is most important there? Is there specific training for each position?
Well, in the junior team I played as a right back, now that I am up into the adult category, I’m playing on the far right (right wing) and you could say it’s an important position, as many times the plays finish on the extreme positions, and you must be attentive in order to finalise the play with a goal.
Each position has its distinct form of play. The extreme positions are faster, while the laterales are known for having a good long pass, while the central players are the ones that arm the play and think about what to do in each attack.
What’s your greatest achievement up to now?
The greatest success has been being able to participate already in 3 World Championships of different categories. I have also finished twice in third place and achieved qualification to those Worlds. I have also been part of many tours and the pre-Olympic tournament in Europe.
Anything else to add?
Many thanks to Sport/Life, through Daniel Boyle, for the great willingness and desire to report and know more of other sports, that may are not seen so often in the press. And a call to all the people to go and enjoy these days of the Santiago 2014 South American Games. There is plenty of sport to see, get to know and a chance to support the Chilean athletes.
The Odesur handball tournament will take place from March 7-16 in Viña del Mar’s Gimnasio Polideportivo (Av. Pedro Hurtado #300)