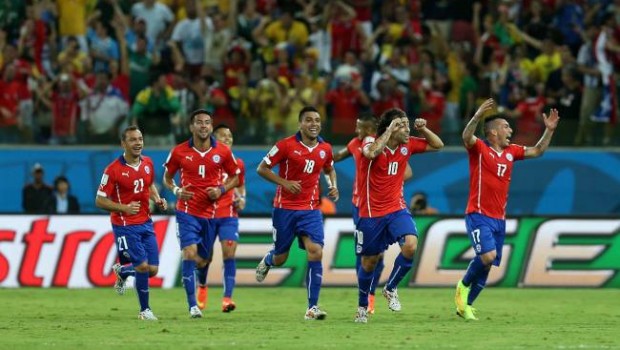 Chile’s World Cup dreams ended in cruel fashion against Brazil at the weekend, but la Roja made their mark on the tournament.
Some statistics aren’t known, such as how many times Jorge Sampaoli marched up and down his technical area, but there are plenty to chew over:

16.4 million – The number of tweets when Chile played Brazil

2 – The goals scored by Alexis Sánchez

85 – The number of Chilean fans detained by police after breaking into the press area before the Spain match.

40 – The number of bus drivers attacked in those celebrations

388,985 – The number of tweets per minute when Gonzalo Jara missed his penalty.

6 – The goals scored by La Roja

77 – The percentage completion rate of the passes

6 – The number of points Chile earned in Group B

10,000 – The number of fans estimated to have welcomed the team back at La Moneda