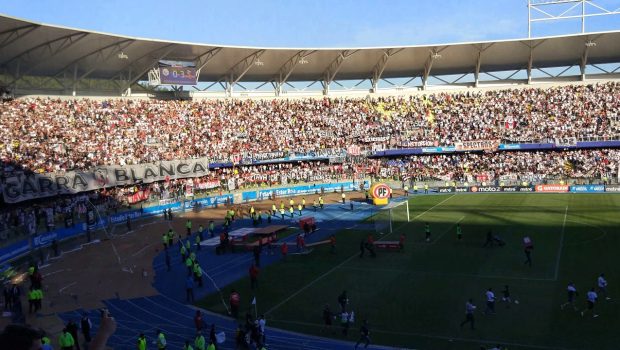 While Unión Española and Universidad de Chile both won their final games, it was too little too late, with Colo Colo scoring three late goals. Jaime Valdes opened the scoring with a penalty after 74 minutes. Despite not playing through the season, huge cheers were reserved for Gonzalo Fierro when he replaced Valdes. Colo Colo only lost two games in the tournament under the guidance of Pablo Guede.

The campaign featured the experience of the returned Jorge Valdivia alongside veterans such as Valdes and Esteban Paredes.

With the title in the bag, Colo Colo will be one of Chile’s representatives in next year’s Copa Libertadores, joining Universidad de Chile and Santiago Wanderers with one more place still to be decided. The win has seen Colo Colo draw level with Boca Juniors in terms of titles, putting them as equal fifth. The “Cacique” will be hoping for large improvements on recent international experiences, with their victory in the 1991 Libertadores final becoming an ever-distant memory.

Congratulations to all Colo-Colo fans on my feed. I love you all. ❤ pic.twitter.com/cDFXi7LsYc