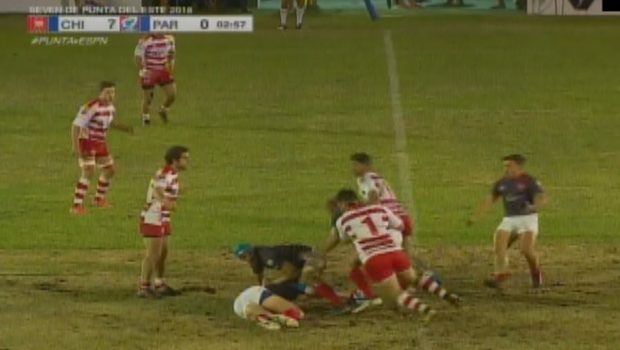 It was a perfect day for the Chilean side, racking up a surprise victory over South Africa, as well as beating Germany and Paraguay for an undefeated day. While South Africa are current leaders in the Worlds Series, it is an Academy side sent to South America in order to develop experience for rising stars. But like Chile’s win over New Zealand in the USA last year, it gives a spring in the step and has also taken the Condores to the top of the standings in Group A.

Chile will face Germany once again in the quarter finals and will be hoping to continue their winning ways after a 21-12 victory in the tournament opener. They won 19-10 against South Africa before comfortably accounting for Paraguay 33-12.