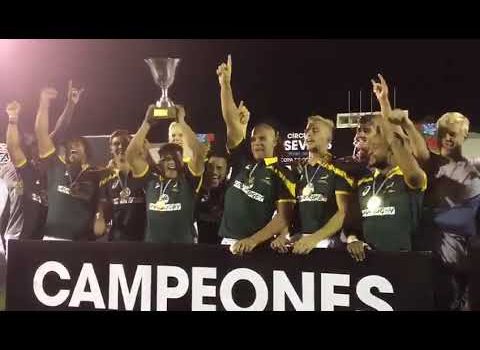 Chile’s Rugby Sevens team got their year off to a strong start, reaching the final of the annual tournament in Punta del Este.

Having beaten Uruguay in a nailbiter semi-final clash, Chile came back up against South Africa. Having had a historic victory over the Blitzboks in the early rounds, Chile were not able to repeat the feat. Having beaten the South African Academy team 19-10 in the group stages, the South Africans made amends in the final, finishing with the trophy after winning 21-5. South Africa’s squad was limited to just 9 healthy players but they were able to avenge their earlier defeat.