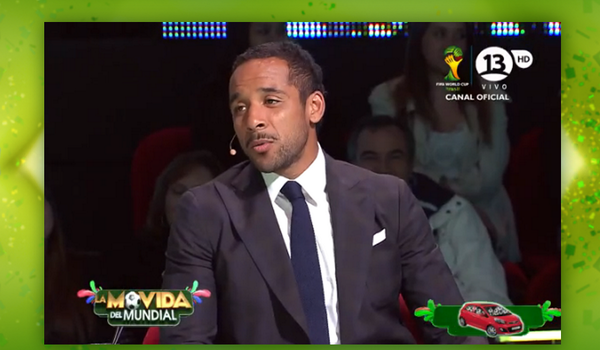 Chile’s World Cup stars could soon be on the move – with Europe’s big clubs battling to sign them.

Goalkeeper Claudio Bravo, currently ranked the top keeper in the World Cup, got the ball rolling by signing for Barcelona from Real Sociedad while la Roja were in Brazil.

However, it doesn´t look likely that he will be lining up alongside Alexis Sánchez next term. Juventus have been on the trail of the striker for months, but Liverpool and Arsenal are also interested at a price which could reach 40 million euros in the aftermath of his strong World Cup displays.

Juventus midfielder Arturo Vidal has come under scrutiny from the likes of Barcelona and Manchester United, though injury prevented him from playing at 100 per cent in the World Cup.
Cardiff City midfielder Gary Medel is almost certainly going to be on the move following his club´s relegation from the Premier League. His impressive performances in the World Cup have reportedly made him a target for Inter Milan.
Midfielder Charles Aránguiz scored Chile´s second goal against Spain in the World Cup and has attracted the attention with his skill and stamina. Chelsea are now understood to be tracking the Internacional, of Porto Alegre, midfielder who previously shone for Universidad de Chile.
Fellow midfielder Marcelo Díaz is reported to have caught the eye of a host of German and Italian clubs. The likes of Hamburg, Schalke 04, Fiorentina, Lazio, Palermo and Torino are after the tireless midfielder, who currently plays for Switzerland´s Basel.
Attacking midfielder Jorge Valdivia could be another to switch clubs. His Brazilian club, Palmeiras, are understood to be willing to let him go if they receive a good offer.
However, the negotiations may not be simple. Palmeiras own 54 per cent of his pass, 36 per cent belongs to businessman Osorio Furlan and 10 per cent to the player himself.
The future of striker Eduardo Vargas is likely to be cleared up soon. The player has been on loan at Valencia from Napoli, but it is thought the Italians may want to give him another chance in the wake of his World Cup displays.
Fellow striker Mauricio Pinilla is expected to leave Cagliari, while left midfielder Jean Beausejour is looking for a new club after his contract with Wigan Athletic expired.
Beasejour made a guest appearance on Canal 13´s La Movida del Mundial last night, but denied he had received an approach from Marcelo Bielsa´s Marseille.