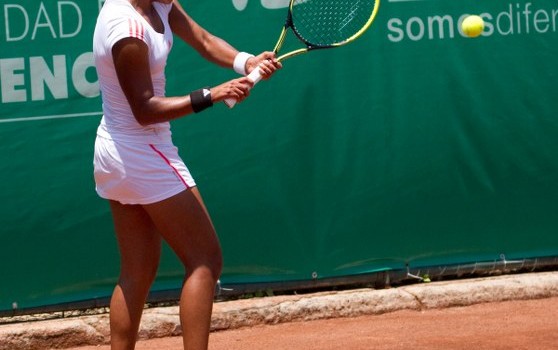 After qualifying for the main draw of Wimbledon, Chilean Daniela Seguel and Serbia’s Vesna Dolonc will face German pair Julia Goerges and Anna-Lena Groenefeld in the first round.

The new partnership, which came together just ahead of the qualifying tournament, will face the tenth seeds in the tournament, and it will be no easy task.

Goerges is ranked 23 in doubles (101 in singles), with Groenefeld is at number 16 in the doubles format. Seguel is ranked 112, while Dolonc’s singles ranking of 120 is ahead of her doubles ranking of 195.

Seguel, who has performed consistently alongside a variety of doubles partners this year, has crept up the rankings toward the top 100. La Pantera has become the first Chilean woman in 31 years to participate in a grand slam. Germaine Ohaco’s efforts in 1983 were the last time a Chilean participated in a grand slam.

Cristóbal Saavedra and Ricardo Urzúa were crowned champions in the F3 tournament in Hungary, the top seeds having no problems in defeating Viktor Filipenko (Hungary) and Tristan-Samuel Weissborn (Austria), winning 6-1, 6-1.

Nicolás Jarry’s impressive run came to an end in Morocco, falling in the semi-final to Daniel Muñoz de la Nava.