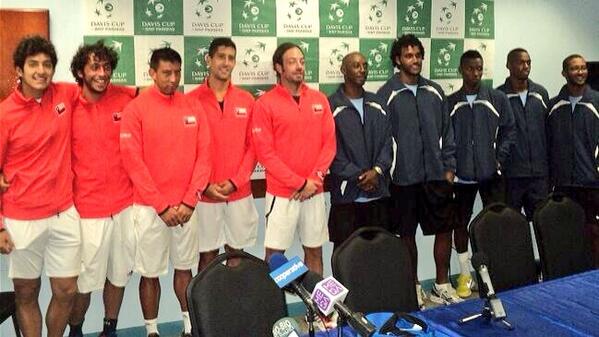 Chilean tennis legends Marcelo Ríos and Nicolás Massú are urging President Michelle Bachelet to give financial support to the stricken sport.
When Ríos was world number one and Massú was winning Olympic gold medals a decade or so ago, tennis was permanently in the spotlight.
However, the retirement of Ríos, Massú and Fernando González in the last few years means that Chilean tennis is now in a state of transition, waiting for the youngsters like Christian Garín and Nicolás Jarry to come good.
In addition, there´s frustration on the part of Ríos and Massú that Chile didn´t invest in tennis in the good times, that a decent national stadium and training facilities weren´t built.
The loss of the ATP of Viña del Mar is another kick in the teeth for Chilean tennis – and Ríos and Massú believe it is now time for action.
In an interview with La Tercera, Ríos said: “We´ve decided to go to ask help directly to the government, I hope to the President, for the money that we need to take tennis forward with the basic things that we need to compete at world level.
“Tennis is a sport that has given plenty of happiness to the country. We have been world champions, I was number one of the world, we have won gold medals. I believe that the President is going to want to support us.
“Unfortunately, you need money, you need to have stadiums, to have courts and good places to train because if there are no resources, there are no results.”
Davis Cup captain Massú added: “I´m willing to knock on the doors that are necessary to help Chilean tennis, whether it is with the President, the ex-President or with any government.
“I´ve never got involved in politics, but I need to support tennis in this country and for that we need money.”