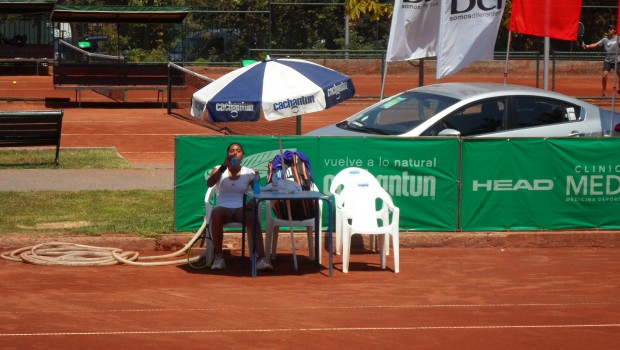 After coming through the qualifiers to become the first Chilean woman to appear in a Grand Slam in 31 years, Chilean Daniela Seguel had a tough task to progress any further.

Alongside Serbia’s Vesna Dolonc, the pair debuted up against experienced German duo Julia Goerges and Anna-Lena Groenefeld, the tenth seeds in the tournament.

The new pairing, who only came together before the qualifying tournament, put up a fight against the Germans, but were unable to gain the upper hand, going down 6-2, 6-3.

Seguel’s ranking has increased steadily, with strong performances in doubles including finals appearances in the WTA tournament in Stasbourg alongside Tatiana Búa, as well as ITF finals in Maribor, Slovenia (with Cindy Burger) and Cagnes-Sur-Mer, France (with Búa).

Now ranked at 112, Wimbledon will surely not be the last Grand Slam appearance, with the experience likely to hold her in good stead at future tournaments.

Goerges & Groenfeld 6-2 2-1 up on Dolonc & Seguel. Great to see Chilean women’s tenis represented at Wimbledon though.

One Response to Daniela Seguel Bows Out in Wimbledon Debut