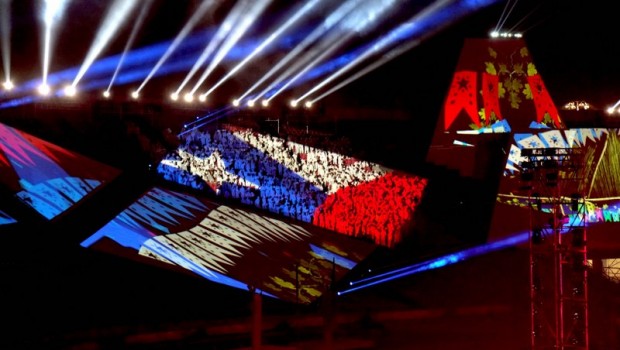 Odesur Opens With A Bang

The 2014 South American Games (Odesur) were officially opened by President Sebastián Piñera, who wished the best to athletes involved.

The opening ceremony gave the official go ahead to the South American Games, with Brazil shining on the first day of action with five gold medals. Los Jaivas and Americo were responsible for providing the musical accompaniment, while a huge light show provided a glimpse throughout the history and culture of Chile, as well as some of Chile’s greatest sporting achievements.

Dual Olympic gold medalist Nicolás Massú was responsible for lighting the flame, while shooter Francisca Crovetto took the oath on behalf of the athletes. Team Chile showed great excitement, with the athletes jumping and making noise as they entered the stadium.

The ceremony was broadcast on both TVN and sports specialists CDO, with the national broadcaster receiving negative comments for filling the coverage with advertising during key moments of the event.

Sport/Life was on the scene to take some photos, which can be seen below. We will continue to provide coverage throughout the Games.