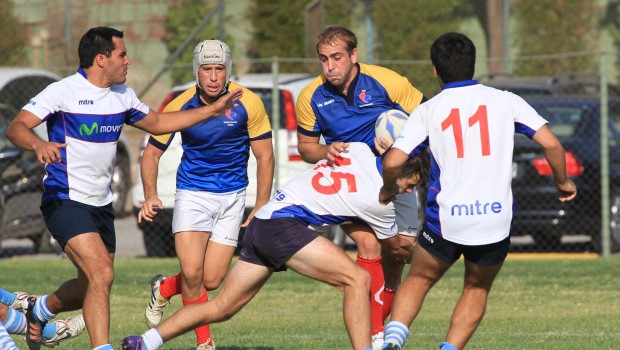 It was almost a repeat performance as COBS defeated Old Reds 46-5 in the Central ADO Primera rugby tournament.
The two sides last met in the Arusa Apertura final at the end of May. On that occasion, the Craighouse Old Boys took the honours with a 35-9 victory.
Since then, the two sides have headed in opposite directions. While COBS have notched up five straight wins in the Primera to open up an 11-point lead at the top of the table, Old Reds are bottom with just two points from five matches.
In the other Group A matches at the weekend, Old Boys moved third thanks to a narrow 29-27 victory against Country Club, who lie second.
Stade Francais are fourth following a comfortable 46-12 victory against struggling Alumni.
In Group B, Reñaca´s Old Macks have taken over top spot from Old Georgians. Old Macks won a high-scoring derby encounter 43-27 at Viña, while Old Georgians crashed to a 28-0 reverse at third-placed Universidad Católica.
Old John´s earned a much-needed win by pipping Troncos 23-22 in their derby clash.
This Sunday, Old Macks host Old Georgians in a top-of-the-table Group B showdown (3.30pm). The other Group B matches this weekend are Old John´s v Universidad Católica and Troncos v Viña. They´re both scheduled for 3.30pm on Saturday.
In Group A, pacesetters COBS can put their feet up this weekend. Stade Francais entertain Country Club (4pm) and Alumni welcome Old Reds on Saturday (4.30pm). Sporting take on Old Boys on Sunday (3.30pm).