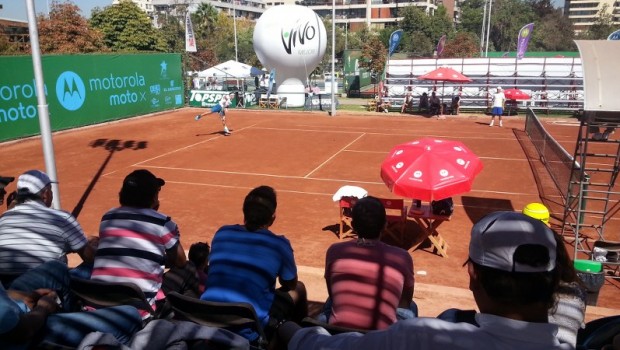 A good run for three Chilean tennis players came to an end, with Gonzalo Lama, Cristóbal Saavedra and Andrea Koch all failing to make it through their semis.

Lama, who will become Chile’s number one player after strong performances in Caltanissetta, was overpowered by Argentina’s Facundo Bagnis. The Odesur champion won 6-4, 6-4 to reach his first final of the year. He will meet top seed Pablo Carreño in the final.

In Poland, Dušan Lojda (785), continued a run against the Chileans. Having beaten Christian Garín in the quarters, he went on to eliminate Cristóbal Saavedra (427) in three sets. While the Chilean took the opening set 6-2, the Czech player took the next two sets, going on to win 2-6, 6-4, 6-2.

Despite his low ranking, Lojda does have a junior US Open title under his belt, but has never risen to those same heights at the senior level.

Andrea Koch was unable to take the court in Bosnia due to severe stomach problems, giving a free pass to the final for Daiana Negreanu (Romania).

In Mohammedia, Morocco, Nicolás Jarry has reached the final round of the qualifiers of the Challenger, while Lama will open his campaign there against Belgium’s Yannik Reuter.