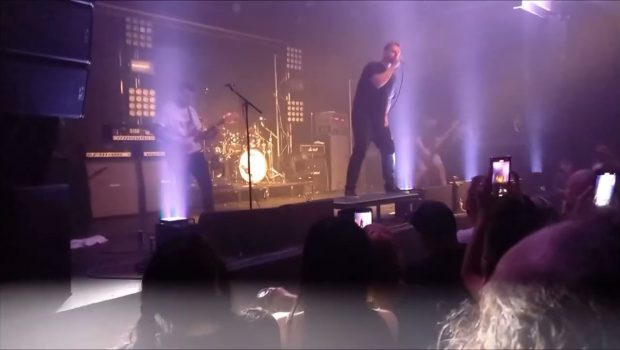 It had been about 15 years since the last Sunk Loto outing, it was great to see them again.

As part of a bit of a mega weekend, I ended up seeing Sunk Loto and Evergreen Terrace. Both of these are bands I haven’t seen in a while and wasn’t really expecting to again. It’s coming up to 20 years since the release of Between Birth and Death. Every now and again I’d hear someone say they were expecting a Sunk Loto reform, but I was quite skeptical and thought I’d believe it when I saw it.

The band had already played a couple of shows and the live clips had been impressive. They seemed to be playing much tighter then many of the previous times I had seen them, I was really impressed with the performance.

The beauty of this show compared to others is they have now taken ownership of the older material. When going to see them in previous times, they seemed embarrassed of the older songs and mainly stuck to their newer material. In listening and reading interviews with them, they seem to be in a much more comfortable place.

What I’m holding out for now is a joint tour with The Butterfly Effect. Both bands are due for a 20 year tour next year, so if they could go “head to head”, that would be a lot of fun.

It seems to be getting to a time when a lot of these bands are popping back up on the scene and it has been fun reliving some of the memories. When I first moved to Sydney after finishing high school, Sunk Loto were the first band that I saw. I will go into a bit more detail on this in the following vlog.

One Response to Capital Eyes – Vlog 95 – Sunk Loto in Sydney