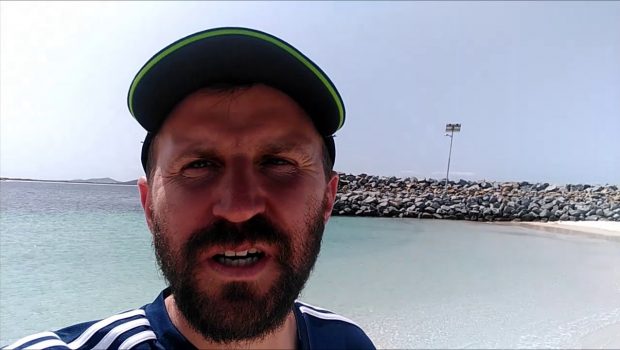 The third part of our Western Australia adventure. Visiting friends in the Great Southern area.

We went down and stayed with my friend in Mt Barker, which is towards the southern coast of Western Australia. This was not an area I had been before, so it was something new to explore.

Unfortunately I was not at full health while we were down there but we had some great weather to enjoy.

Aside from Mt Barker itself, we had daytrips to Albany and Mt Barker. Albany is an old whaling town and Nico knows a lot about that sort of thing after our visit to Eden and beyond last year.

Great to spend a few days with my friend Joel in South WA. @jdogthemagnificent Explored around Albany, Denmark and Mt Barker. Never been in that area before. Heading to the airport now.

As you can see in the video, the water is just so clear. It’s also freezing cold as it is coming from the direction of Antarctica.

We made a visit along the way to The Gap and the Natural Bridge which are some impressive giant rockforms. It’s a pretty solid structure to make sure that people don’t fall in, so you can take a fairly unimpeded view out into the ocean. I was also able to get some footbag tricks along the way.

In Denmark we visited Boston Brewing, which had been described as a “brewery with a playground”. That sounded pretty good and the playground was impressive, including a jumping cushion. As mentioned, we had decent weather, so enjoyed eating outside.

I mentioned to Nico that I don’t know if too many people his age would have been to Denmark in WA and the European version of Denmark as well, but that’s something we can both check of our list now.

A fun stay at not too hard a drive, we will have to return for another visit in the future with the full family.