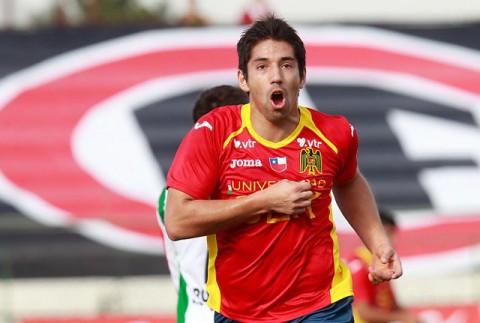 Big tests for Unión and O’Higgins in Libertadores

Unión Española and O’Higgins are gearing up for crucial matches in the Copa Libertadores tomorrow night.

The rojos are currently bottom of the group having drawn all three of their matches, including last week´s 1-1 draw against San Lorenzo in Buenos Aires.

The three other teams in the group – Botafogo (Brazil), Independiente del Valle (Ecuador) and San Lorenzo – have four points, so there is still everything to play for.

But, realistically, even another draw isn´t going to be much use to Unión, who still have to go to Brazil to face Botafogo and finish with a home match against Independiente del Valle.

Unión defender Jorge Ampuero said: “We know that it will be difficult if we don´t beat San Lorenzo. This is the rival to beat to classify and we´re confident that we can do it.

“We want to play like we did in the second half against San Lorenzo last week.”

O´Higgins, meanwhile, are in a stronger position in Group 3, but there is still plenty of work for them to do.

O´Higgins travel to Paraguay for tomorrow´s rematch against Cerro Porteño and are expecting a tough battle.

Striker Pablo Calandria said: “They are very strong at home. In fact, they played really well to beat Lanús.

“We know that the climate and the pitch are going to be a little different to what we are used to, but we are prepared to go there and earn a good result.”