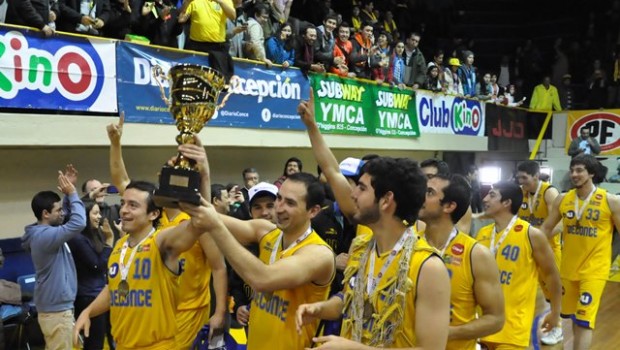 Universidad de Concepción have been crowned Copa Chile champions after dismantling Español de Osorno.
The Copa Chile final saw the Libcentro winners, U de Conce, go head-to-head with the Liga Saesa victors, Español de Osorno.
U de Conce had home advantage and they made it count, easing to a 101-86 triumph.
There were big performances from Evandro Arteaga and Matías Villagrán, who weighed in with 26 and 20 points respectively. Villagrán also produced 12 rebounds, so it was no great surprise he was named MVP.
The hosts led 47-42 at half-time, but pulled away in the third quarter, taking it 34-20 to establish a decisive advantage.
It just wasn´t Español´s night. Coach Juan Manuel Córdoba´s ejection summed up their misery.
Now, attention turns to the 12-team Liga Nacional which begins on October 4 and 5.
On the opening weekend, there will be back-to-back clashes between ABA Ancud and CD Castro, Las Animas and Puerto Montt, Osorno and Valdivia, Colo Colo and Municipal Puente Alto, and Colegio Los Leones and Universidad Católica.
Meanwhile, Universidad de Concepción and Español de Talca will meet on October 8 and 15.