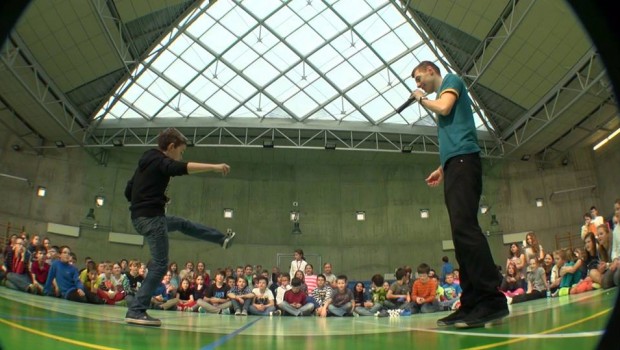 In order to make it easy to find each of the videos from the Sport/Life European Footbag Tour, they will all be collated together in this post.

The tour, which saw five of the best footbag players in the world perform and compete in five different European countries, gave a great boost to the sport, with the editing skills of Tour Manager Jay Boychuk providing a great reference to the events along the way that will be able to be used to promote footbag for years to come.

After months of planning and thanks to the support to Sport/Life from the Start-Up Chile program, the tour kicked off in Finland at the Go Expo, one of the biggest sports industry events in the world. Preparations had seen the team travel throughout the country before the first event, reflected in the video.

The expo theme continued, joining reigning World Champion Honza Weber in Prague for the 15th version of Todexon, one of the most respected footbag tournaments in the world. Before competing, the tour team impressed over 1,000 children at schools throughout Prague with demonstrations of their talent.

From Prague, the team went south, going to Linz for the “Just Move It” expo. Players came from throughout Austria to be a part of the tour’s visit, with more children impressed by the skills on display.

In Switzerland, the tour team joined forces with Planetfootbag as well as the Gorilla Project, which brought about some great opportunities to promote the sport, including a number of newspaper appearances, professional photoshoot and a meet and greet event. While most other countries were focused on one city, the Swiss leg saw the team travel far and wide throughout Switzerland.

After a hectic schedule running around Europe, the players were glad to have some downtime to rest at the Happy Seven hostel in Gdansk, Poland. It wasn’t all R&R, with the final event of the tour being the Dzem Jam. After winning the tournament, Evan Gatesman has stayed on, using the hostel as a training base for Euros and Worlds.

Aside from the Dzem Jam competition, the players had their own challenge, facing off in a request contest to hit some of the hardest tricks known to the sport. Footage of this can be seen in the two videos below.

Each player had a preview video made for them, which can be seen below.

Each player was selected as a world class footbag player, with all members of the team having outstanding achievements including invention of tricks, national and world championship and having played a part in increasing the technical level of the sport.

It is hoped that Sport/Life will be able to create similar events around the world in the future, with funding currently being applied for to do just that.