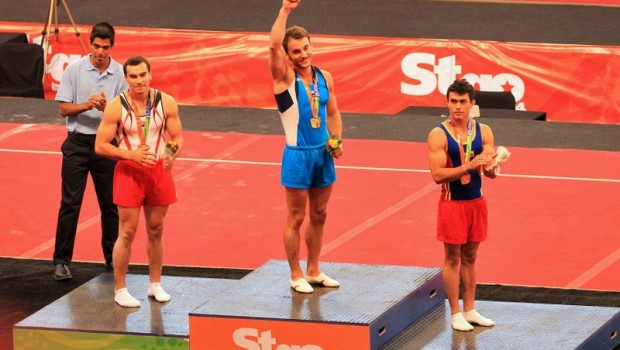 TUESDAY WILL SEE THE END OF ACTION FOR THE SANTIAGO 2014 SOUTH AMERICAN GAMES, WITH MIXED FEELINGS AMONG THE CHILEAN DELEGATION.

ÑUÑOA – I Love Chile takes a look back at what happened throughout the games and the key moments for the organization as well as the Chilean team.

Crowd support – Chileans flocked to the arenas, with tickets generally available for free. While the early days of action saw complications with obtaining tickets, by the final days, organizers had let the gates open at many venues, with 30,000 pouring into Estadio Nacional for the final day of athletics. Many of the arenas were full, and particularly noisy when Chileans were involved. Events such as mountain bike and road cycling had people gathering in the streets to watch the action. Team Chile – The South American Games were used as the official debut for “Team Chile“, known as the Seleccion de Todos Los Deportes. There was a clear unity seen between the athletes, with the Chileans supporting each other throughout the different venues.

Gold for Chile – Chile have matched their medal haul from Medellin in 2010, with a number of events still remaining. Among the golden generation were Tomás González, Kristel Köbrich, Rodrigo and Felipe Miranda, Karen Gallardo, Natalia Ducó and 15-year-old Valentina González. The 25 golds does not match up to the 32 which were hoped for in the Plan Olimpico though. Veteran sailor Alberto “Tito” González moved the tally to 26 with Monday’s first gold medal. CDO coverage – Part owned by the Chilean Olympic Committee, for the first time ever CDO, a specialist Chilean sports channel, was broadcast across all cable operators. With a full spread of sporting coverage, including the heartbreaking women’s basketball final between Chile and Argentina, CDO have outdone the coverage provided by TVN many times over.

Sporting variety – What the Games showed is that Chileans are not only interested in a diet of Universidad de Chile and Colo Colo, with people talking about a variety of sports and Chilean athletes ensuring their appearances on the news. The question is whether this will bring about a key change in Chile’s sporting world. World class – Chile played host to World Champions, Olympic Champions and stars from a variety of sports. Among those visiting were BMX rider Mariana Pajón (Colombia, gold medal, London), Brazil’s Arthur Zanetti, who was the first Latin American gymnast to take a medal in London, as well as Chile’s own Felipe Miranda (World Champion, overall, Santiago 2013). Pre-Games publicity – In the lead up to the event, it was as if they were trying to keep the South American Games a secret. A million dollar advertising campaign was a last-ditch effort to get people into the stadiums, and it seems to have done the job.

Ticketing – One month out from the event, there was still no ticket provider announced. Ticketek ended up being the selected provider, and the high demand ensured crashing of computer systems and customer frustration. Organizers eventually changed the system to have tickets available at the gates of each venue. An unnecessary hassle for events which were primarily free. Timing – Late changes to the schedule, including the disappearance of some events, made things difficult for some hopeful spectators. These problems were evidenced more in the first weekend of the games, with further information being added to the official website later in the week. Those without access to the website along the way were left in the dark.

TVN Coverage – The national broadcaster was slammed for its treatment of the Opening Ceremony, with commercial breaks thrown in during key moments of the show. The package shown to viewers also regularly failed to deliver live broadcasts. Even athletes such as Tomás González hit out at the network through Twitter for failing to show the Games for the families on Sundays. Chile were no match for Argentina in team sports. Photo: Vasilios Devletoglou

Losing to Argentina – Chile faced a horror run of finals in team sports, falling to Argentina in both men’s and women’s hockey, women’s football and in basketball for both teams. The Argentinians are a world power in many of those sports, though Chile’s female basketballers, led by Ziomara Morrison, were the on team that looked to have a chance to steal the gold from the Transandean neighbors.

Irene Aravena crash – The South American Games made world headlines for all the wrong reasons when Chilean cyclist Irene Aravena powered into an unremoved starting gate. Blame continues to be pointed in different directions, with Aravena undergoing recovery in Clinica Santa Maria. An avoidable incident brought bad publicity and injury, as well as Chile losing the chance for a bronze medal. Gymnastics infighting – Despite gymnastics being Chile’s most successful sport, with Tomás González and Simona Castro both earning gold medals, it is the action off the floor, particularly relating to the change in score that saw Melanie Cabrera drop from silver to bronze that has stolen most of the attention. Castro’s mother and coach, Isabel Lazo, will answer to the Tribunal de Honor of the Chilean Olympic Committee.

Court Central – While big money had been spent on new facilities, one sport that missed out on that was tennis. Despite Chile’s past glories and the fact that Cecilia Costa was reigning Odesur champion, the centre court did not look as if it had been maintained for international standards of competition. Players including Gonzalo Lama and Paul Capdeville lamented the quality of the surface, while matches on the outer courts were played in obscurity. Once the South American Games wind down on March 18, organizers will continue preparations for the first version of the Juegos Parasuramericanos. Chile will have strong hopes from Paralympic and World Champions Cristián Valenzuela, world record holder Juan Carlos Garrido and table tennis player Christian Dettoni.

After the Games wind down, Chile will hope to see a key change in the sporting culture. The Games have shown a clear interest in the Chilean people in a wide variety of sports, it is now up to authorities and television broadcasters to ensure that the people have access to these sports and that the newly built facilities remain in use. The other question will be whether Chile can host even bigger events. With infrastructure already in place, chances should be boosted for hosting events such as the Pan American Games, as well as international championships for individual sports.

More photos, stories and interviews from the events can be found at www.sportslashlife.com

This article was originally published for I Love Chile in March 2014. It can be found on the Web Archive.