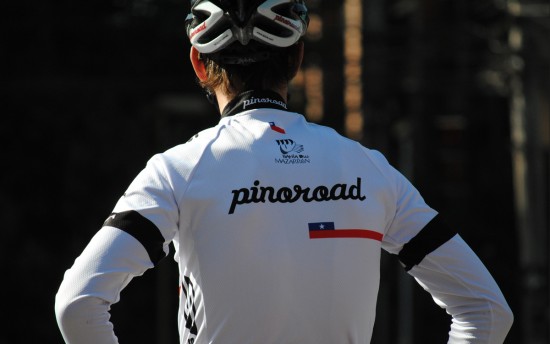 Controversy has once again struck Chilean cycling, with the disappearing act from Juan Pablo Pino leaving a cycling team registered with the UCI, but without a peso.

A multinational team with riders from Chile and Spain racing in some of cycling’s major events. That was the idea of the Pinoroad cycling team. While cycling in Chile has been no stranger to controversy, the mysterious disappearance of Juan Pablo Pino have not done wonders for the credibility of Chilean cycling.

The Pinoroad name was registered with the UCI, cycling’s international body, on February 5. Chile’s cycling federation had the belief that the group would be a strong representation of Chile on the international circuit, with a debut set for Murcia.

Six days later, Juan Pablo was nowhere to be found. Despite giving his word he would fly to Spain to pay the debts to the team, he never arrived in Madrid.

In a statement from the team, still running under the name Pinoroad, they stated emphatically, “It is a disgrace to the world of cycling in a country with so much potential in all aspects should have to suffer due to the acts of a person like Juan Pablo.”

Fran Reyes, one of the Spanish riders in the team, said to El Confidencial, “Now I wouldn’t even believe that his name is Juan Pablo, but he came across as very credible. Graduated in law, owner of a business, professor of an MBA course.”

A new Facebook group recently emerged, called “Todos con Pinoroad“. While big hopes were expressed prior to the creation of the team, including racing in the Grand Tours in the fourth year of operation, however that dream looks further away than ever. The team is now looking for funds to continue operation, with Pino being asked to leave as CEO and then performing his disappearing act.

Christopher Mansilla is among the riders, and according to La Tercera has a previous history with Pino, who failed to pay riders after the closure of the USM-Skechers team. Among other problems during that time was the dismissal from the Rutas de América race in Uruguay, due to false papers.

While the future of the team is uncertain, some sponsors have shown support to continue working with providing equipment for the team. What is certain is that individual deeds have managed to discredit Chilean cycling and make it more difficult for teams to attract funding and support.

Despite all the difficulties, members of the team are still competing, with a strong performance in the Vuelta a Mendoza race. A number of the Chilean team members will also race in the South American Games.