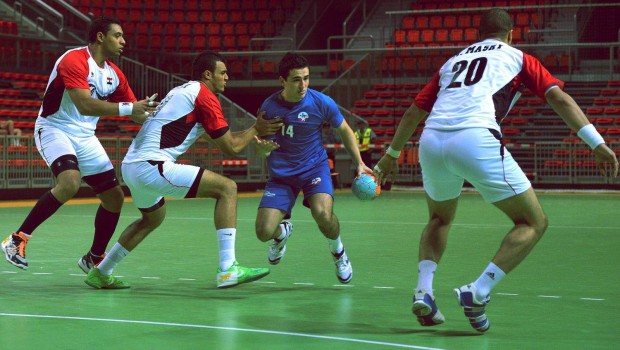 Handball hopes on the line in Uruguay

An under-strength Chile team have set their sights on a top three place in the Panamerican Handball Championships in Uruguay next week.
Due to injuries and other factors, Team Chile will be without five players – Guillermo Araya, Javier Frelijj, Benjamín Callejas, Cristóbal Del Río and Felipe Maurin.
However, there is optimism in the squad that they can at least match the bronze medal they picked up in the South American Games in Santiago in March.
The incentive is a big one as the top three earn tickets to the World Championships in Qatar next year.
Goalkeeper Felipe Barrientos said: “We want to maintain the place we’ve had on the podium over the last four years. We’ve got players with lots of experience and we want to meet expectations.”
Chile open their Group B campaign against Mexico next Tuesday, June 24. That´s followed by clashes against Greenland and Argentina in the following two days.
Barrientos added: “If we want to reach the semi-finals, Greenland will undoubtedly be the team we need to beat.
“Argentina is a tough rival and Mexico a bit weaker, but we respect them all. We have to go step by step.”
Chile’s 17-man squad is: Marco Antonio Oneto, Wladimir Oyarzún, Nicolás Jofré, Eric Caniu, Sebastián Ceballos, Rodrigo Salinas, Pablo Baeza, Cristian Moll, Diego Reyes, Alfredo Valenzuela, Felipe Barrientos, Rene Oliva, Felipe Barros, Rodolfo Cornejo, Francisco Salazar, Esteban Salinas, Felipe García.