Chile will face Paraguay in a relegation playoff in the first home Davis Cup tie since 2011, but expensive prices may keep the fans away.

With the tournament moved away from Estadio Nacional’s Court Central to Estadio Palestino, Chile’s tennis authorities have dealt fans another blow, with tickets shockingly expensive consider the dire state of Chilean tennis.

With the golden age of Marcelo Ríos, Fernando González and team captain Nicolás Massú long gone, Chile’s team is led by Paul Capdeville (195), while Paraguay have brought Ramon Delgado back from retirement to boost their stocks. Hardly the matchup that one would expect to pay top dollar to see.

With a daily ticket at CL$14,300 (almost US$30), tennis fans, who have watched events such as the South American Games and Club Providencia’s Futures tournament in recent weeks for free have been shocked by the hefty prices.

For Chile’s tennis federation José Hinzpeter, the tickets are not only reasonably priced, but spectators seeing this spectacle, which includes players with no ranking, should expect to pay more. 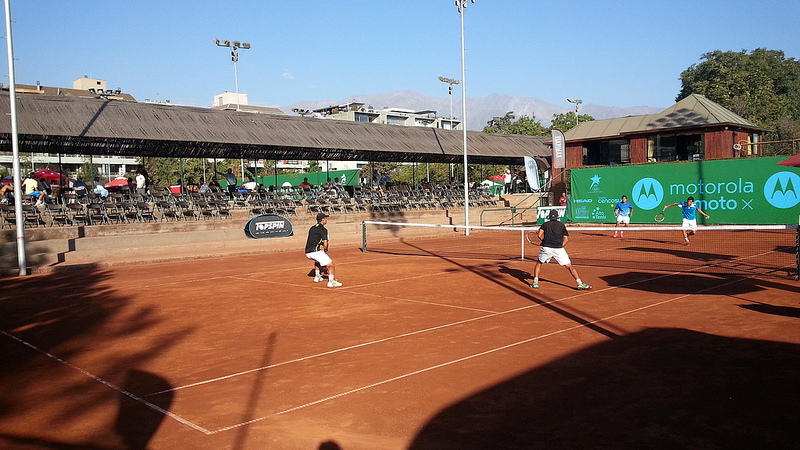 “I don’t think it’s expensive, on the contrary – with the Cencosud discount, you can see good tennis for less than 30,000 pesos during the three days. Look at how much it costs to go to concerts,” the tennis boss said to El Mercurio.

The move from Estadio Nacional came after work for the South American Games promised the world but delivered very little. The lack of investment in tennis has been a regular moot point for both players and the federation. Despite the courts being closed for renovations, it seemed nothing had changed once the covers were lifted ahead of the tournament.

Despite not fighting for their life in the division, both Barbados and Mexico are offering cheaper tickets than Chile, while in Division I, Brazil (vs Ecuador) and Dominican Republic (vs Colombia) both offer free entry to their events.

For those desperate for a ticket, they can be acquired through the Puntoticket system, as well as from Paris in Alto Las Condes, Canchas Cerro Colorado and from Estadio Palestino.

A loss in the Davis Cup clash would signal the darkest ever moment in Chilean tennis. Chile have won just two of the last eight outings, falling from the World Group to the precipice of Latin America’s lowest division.

The match will take place between April 4 and 6. At the higher level, the World Group quarter finals will see Japan vs Czech Republic, France vs Germany, Italy vs Great Britain and Switzerland vs Kazakhstan.