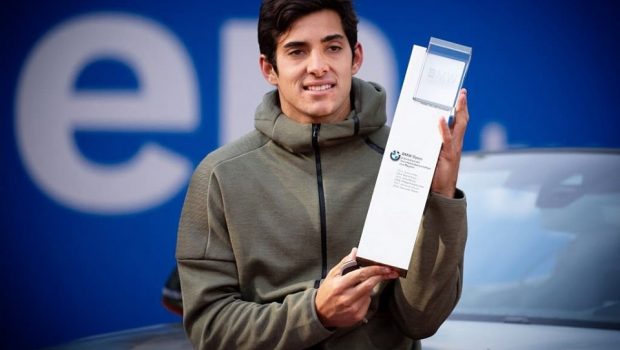 It wasn’t long ago that Christian Garín was battling away in Futures and lower level Challenger tour events. He’s come a long way in a short time, taking out his second ATP title with a win in Munich.

The German victory saw him collect a BMW for his efforts, beating Matteo Berrettini in the final 6-1, 3-6, 7-6 (7-1). After taking care of Argentina’s Diego Schwartzman in the early rounds, he came up against top seed Alexander Zverev.

Garín’s victory was a repeat of their last meeting – the French Open Junior final. From there some expected the young Chilean would have blasted through and led a new golden era for Chilean tennis. It has taken some years, but now Garín is pushing towards the top of the tennis world.

The Chilean’s exciting form has him climbing the rankings, reaching number 33 with two titles from the last three tournaments. He won his first title in Houston.

With two ATP titles in 2019, Garín is on the same page as Roger Federer and Dominic Thiem, and will take great confidence leading into the French Open.