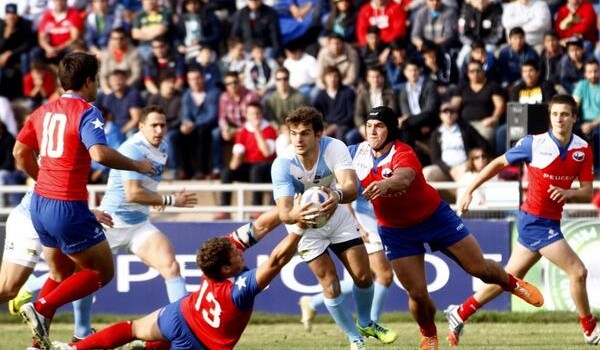 With Argentina the dominant power in South America, there were no surprises at San Carlos de Apoquindo when the Pumas blasted the Condors off the park.

While Chile continue to rebuild, Argentina are preparing for international matches against Ireland and Scotland, before participating in the Rugby Championship against Australia, New Zealand and South Africa.

With Chile not expected to pushed their Trans-Andean neighbours, it was a surprise when the scores were in favour of the hosts after twenty minutes. Three penalties from COBS fullback Martín Fernández had Chile ahead 9-5, but by half time the floodgates had burst and Argentina powered to a 38-9 halftime lead.

Chile were unable to cross the line during the match, with an extra penalty being the only points coming in the second half as Argentina began to pile on the points. The final score was 73-12 in favour of the visitors.

Chile’s lack of test match opportunities showed, with the last test match having come against Spain in November. Meanwhile, the poor results in this year’s South American encounters will give an anxious wait ahead of next year’s tournament.

A full afternoon of rugby saw the ARUSA final take place after the international clash, with the experience of COBS shining through in a 35-9 victory over Old Reds. Alfonso Rioja starred with a three-try effort.