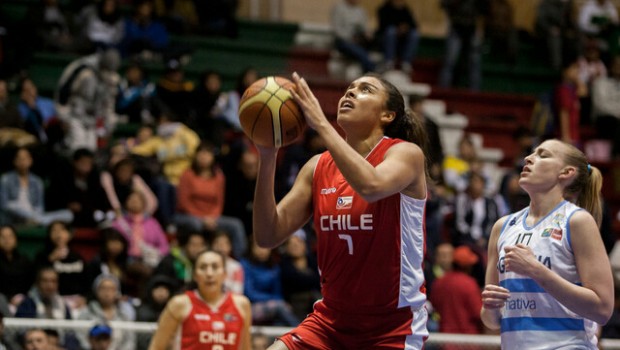 After going down to Venezuela in the bronze medal playoff, Chile finished fourth in the South American Basketball Championships, held in Ambato, Ecuador.

Having qualified for the Pre-Olympic tournament after two wins from their first two matches at the South American Basketball Championships, Chile went on to face tougher opposition. In their last pool match, Chile were unable to give the same treatment to Argentina which saw their South American Games final go down to wire in extra time.

In Ambato, Argentina, eventual silver medalists, won by a comfortable 74-60 scoreline. Brazil showed their power in the semi-final against Chile, proving too strong and running out 91-58 winners before beating Argentina in the final to take the gold.

Aside from the bronze medal, third place also booked a place in Toronto at the Pan American Games in 2015, so both Chile and Venezuela had their eyes on that prize.

A dominant performance by Ziomara Morrison in the early stages was not enough for Chile, with Venezuela running out eventual winners 72-54.

While Chile weren’t able to put their mark on the final stages of the tournament, Morrison managed to be both top scorer and top of the chart on rebounds. The Chilean star scored 138 points in the tournament, taking 73 rebounds along the way.