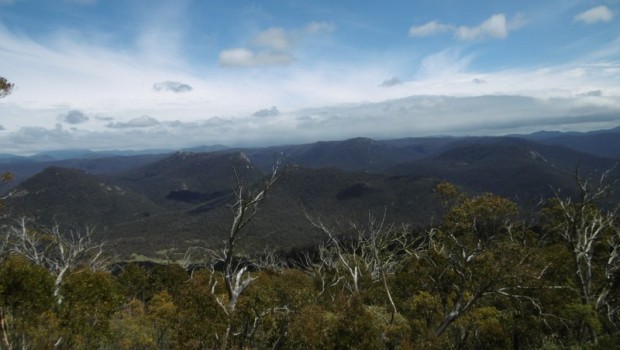 Mt Tennent in the Namadgi National Park can be seen from many parts of Canberra. I had the chance to walk to the top.

Mt Tennent had been on my to do list for quite a long time. I finally had the chance to have enough time to get out there and get up to the top. It is about a four hour walk so I had been hoping to have a companion but never managed to convince anyone to go together, so went up for a solo mission.

It was quite a windy day when I went up, so there was actually nobody else on the track. Many parts of the track had enough shelter from the wind, but the open sections reminded that it the wind was blowing strong. I parked on the outside of the Namadgi Visitors Centre an started the walk. After crossing the main road, the early part of the walk is pleasant enough, looking out mainly over the farmland and parts of Tuggeranong before you come to some running water and the Cypress Pines Lookout. 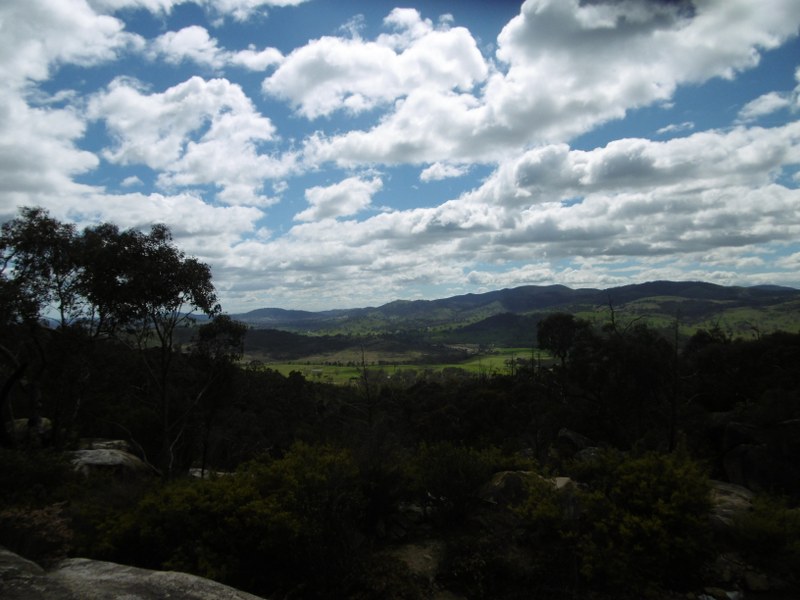 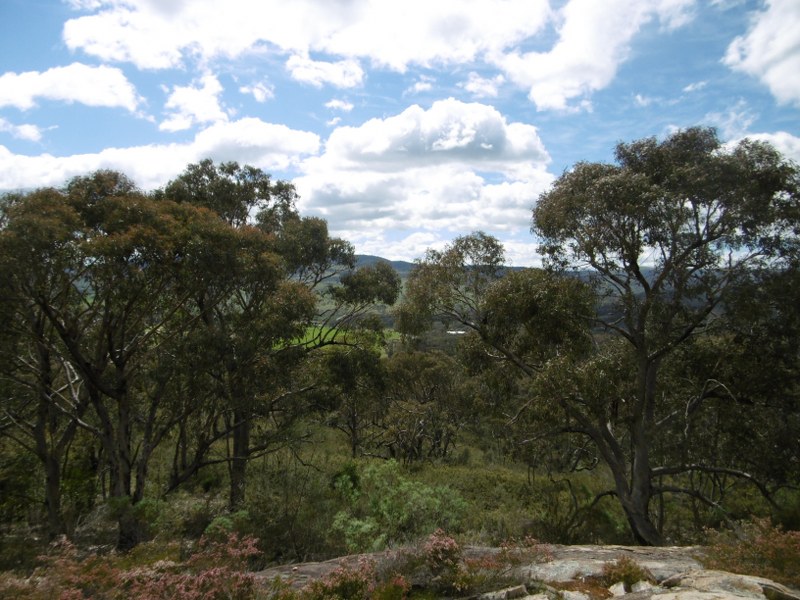 I had read there were better views from up ahead, but when someone has carved a chair and table from rock and stone, you feel obliged to sit a while. I must say though, I preferred the views from the small waterfalls just before and after the lookout. 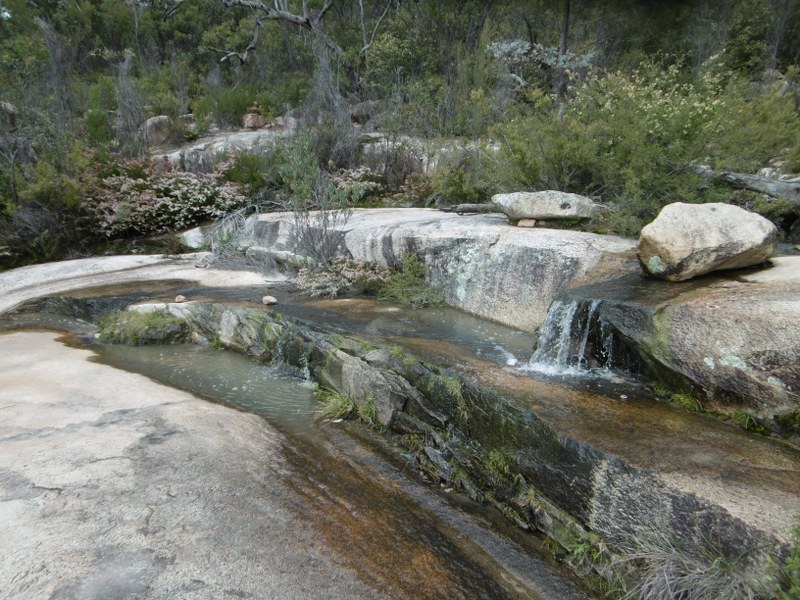 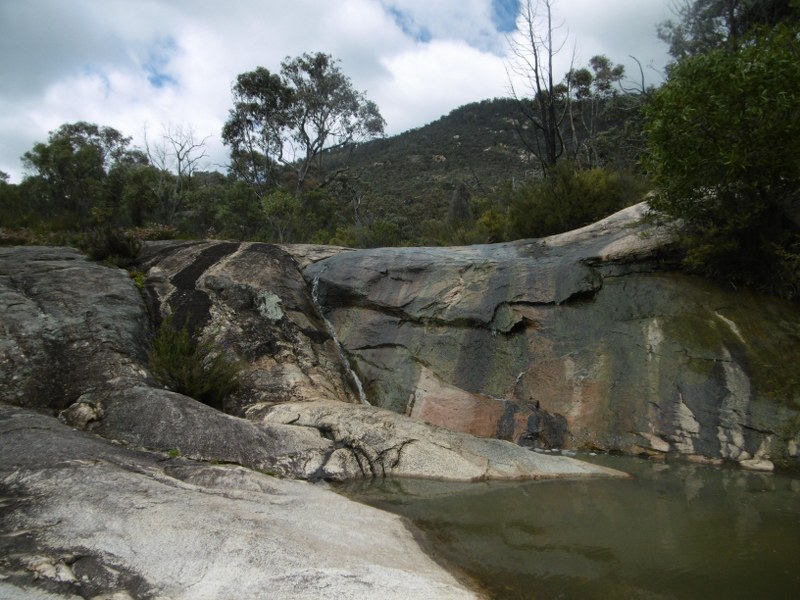 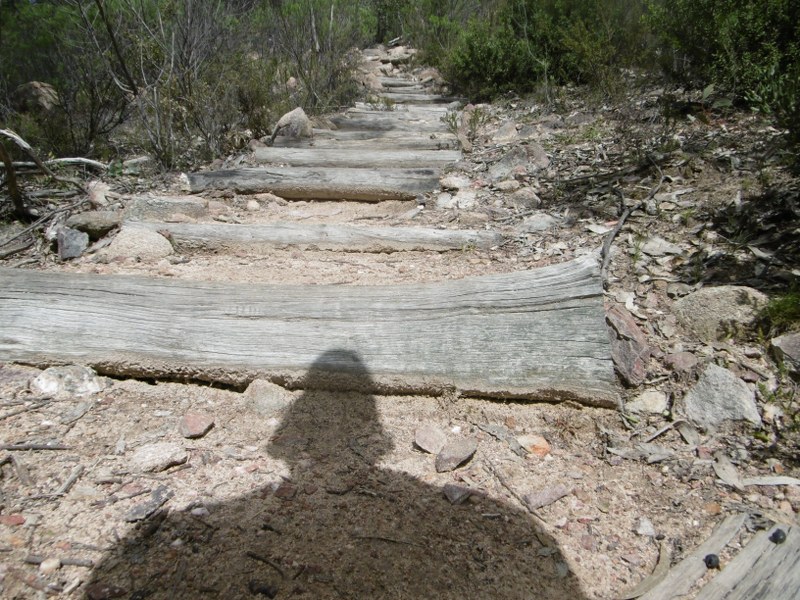 Things start to get reasonably steep after the lookout, with a seemingly never-ending set of stone steps, then wooden steps, continuing on and on. For quite a bit of the way it feels as if you are heading away from the top of the mountain. Eventually the steps do end and you have the choice to continue on the AAWT towards Booroomba Rocks and beyond, or take the left path for Mt Tennent. 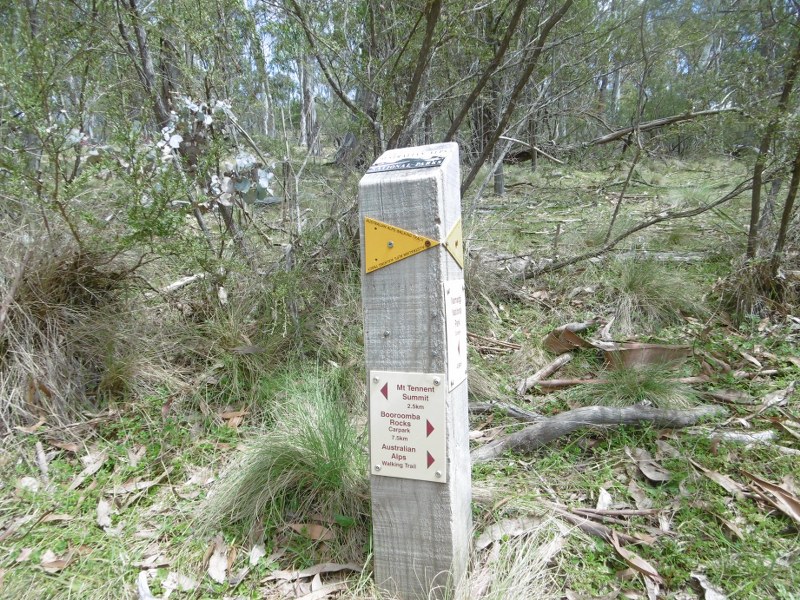 This path eventually links with the Mt Tennent Fire Trail which gives you a dirt road for the final charge to the top. This part is also reasonably steep, but you know there will be a good view coming. It was quite windy at the top, so I didn’t hang around for too long, but there are big views out over Namadgi, then back into the city as well. The fire tower did offer some protection from the wind, but elsewhere there was a good chance to get blown back down the hill. 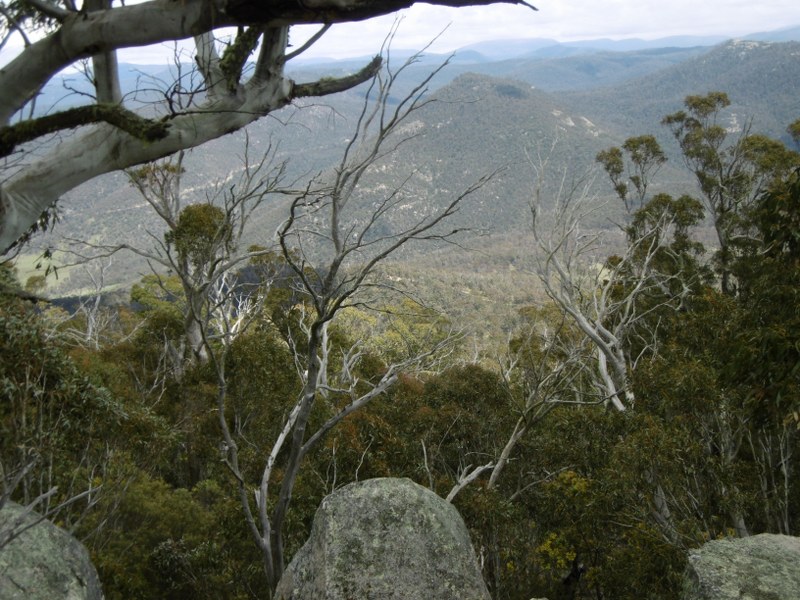 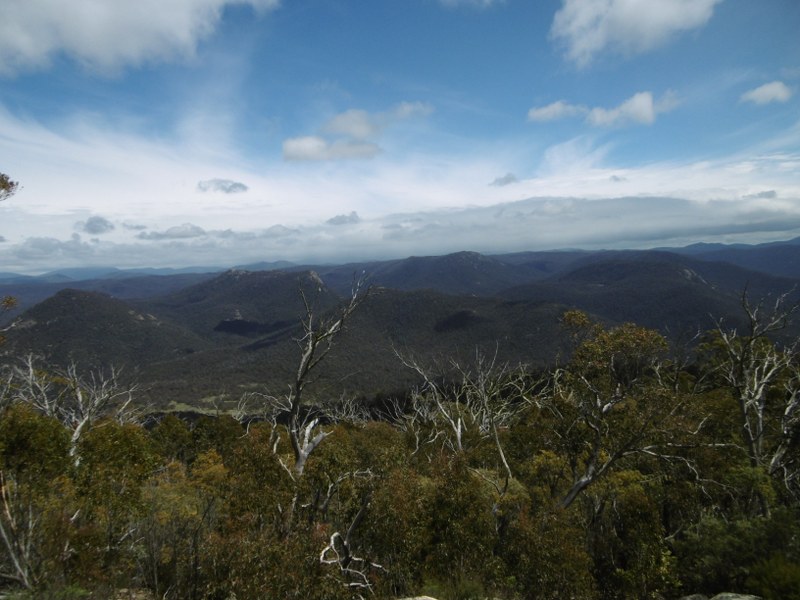 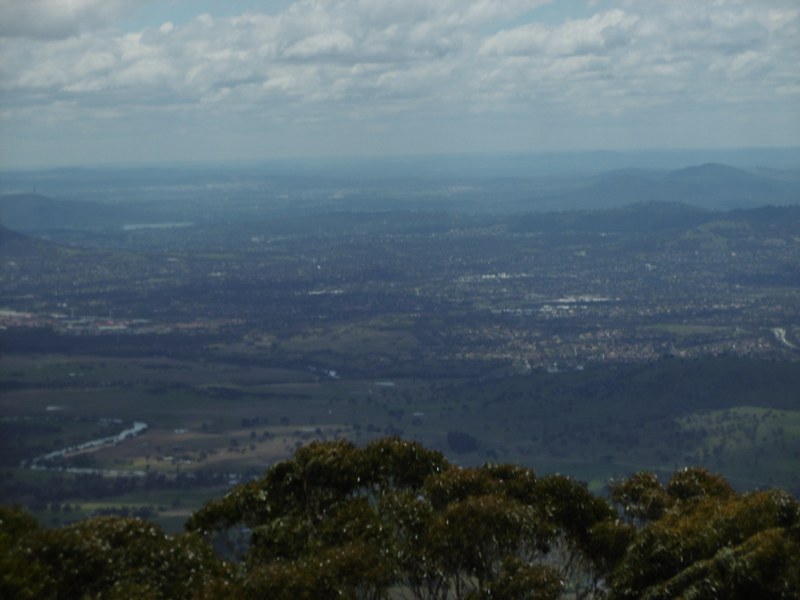 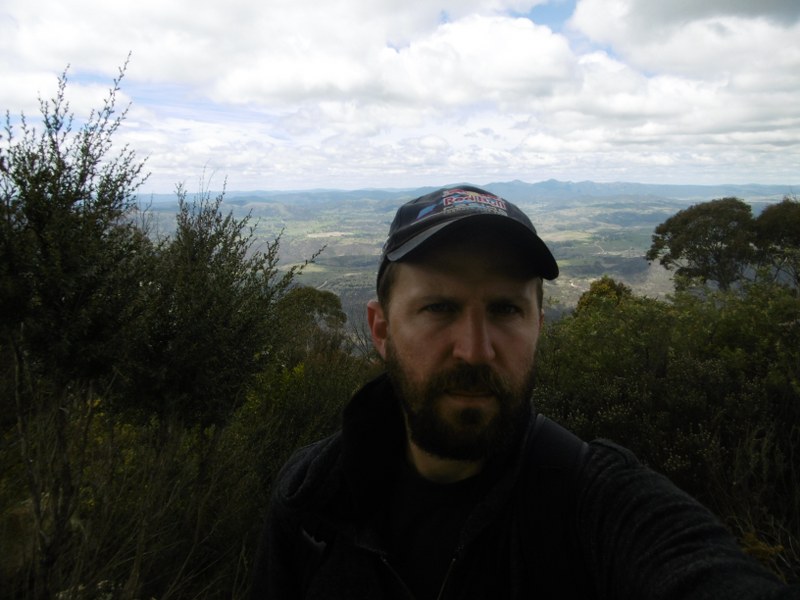 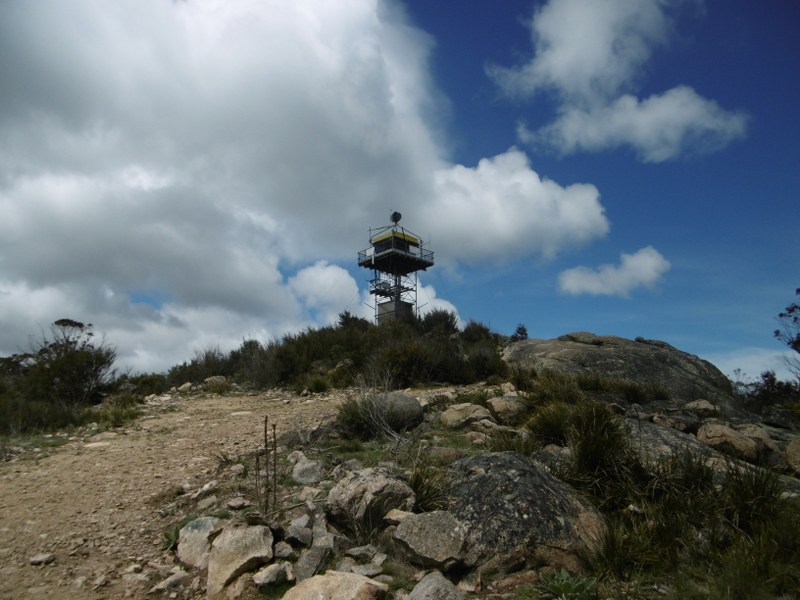 It was a bit hazy at the top, but you could still see quite a long way off into the distance. The return was done by the same path, with the time being about 3 hours and 40 minutes. 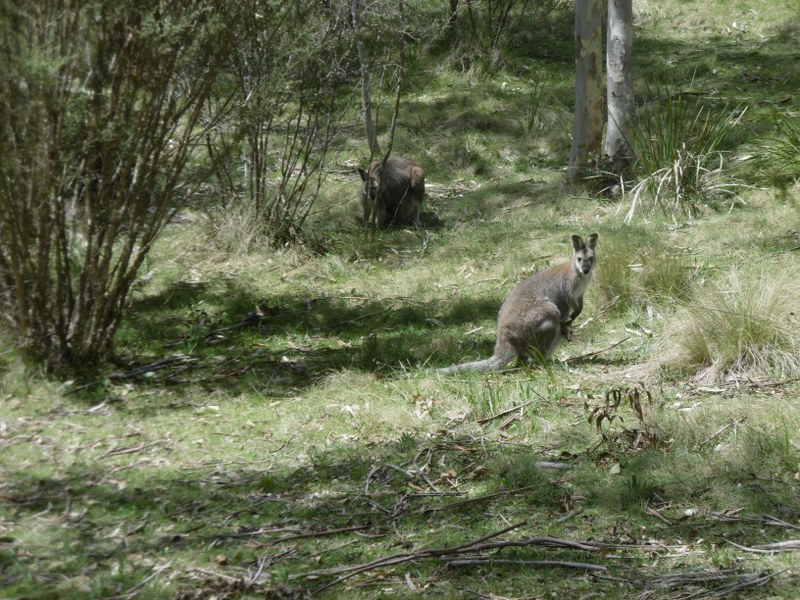 At 1375m, Mt Tennent is the highest mountain I have done so far within the ACT. It has me wanting to explore further in the Namadgi area.