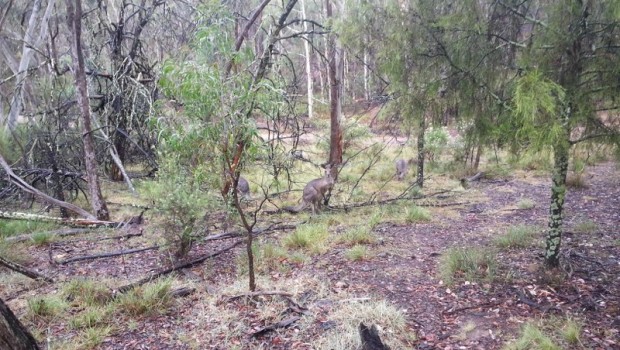 My first day of the year started with a downpour, though I still wanted to get out and about.

I had originally thought of heading out into Namadgi, but this was not the kind of weather for that, so I began more locally. It is just a short walk into the bush, and I began climbing up to Mt Ainslie, with the view obscured by fog.

While you can normally get a great view over the city, there wasn’t much to see on that day. After going up the old tip track, I came back down towards Foveaux St. It was a bit slippery on the way down, but that was alright. 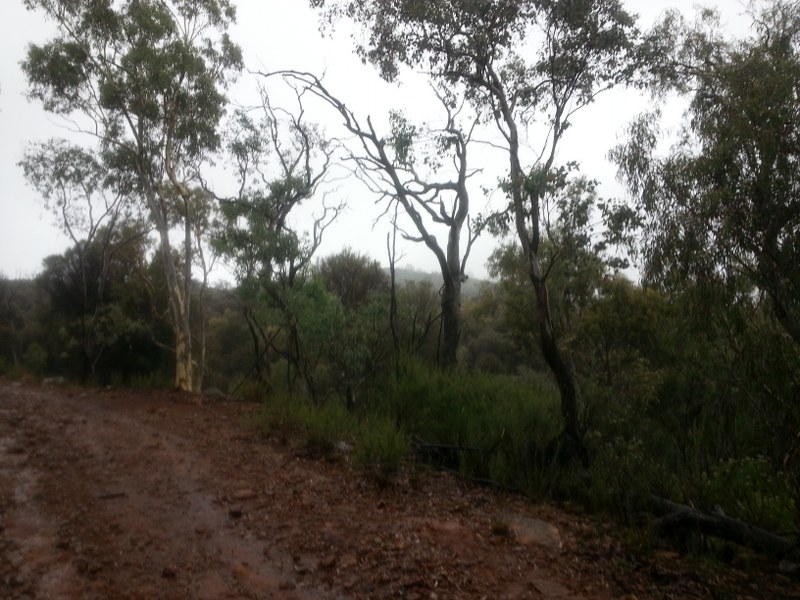 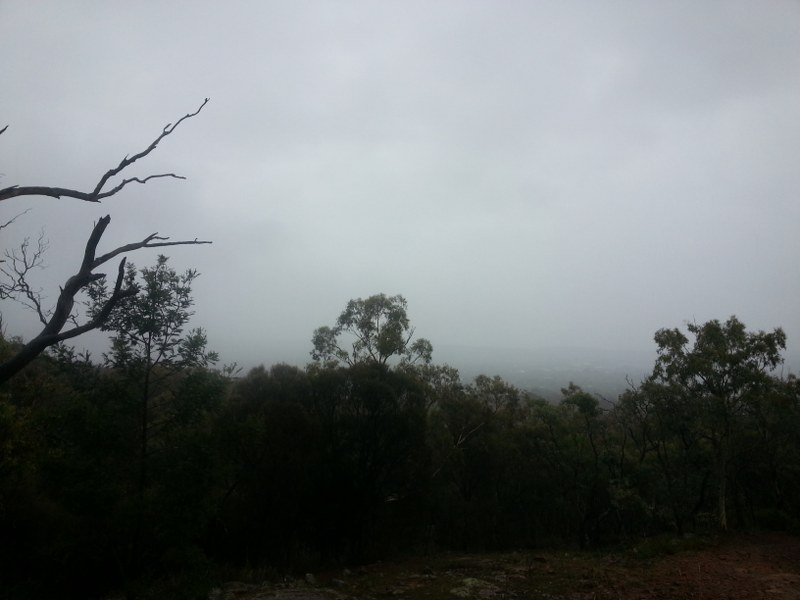 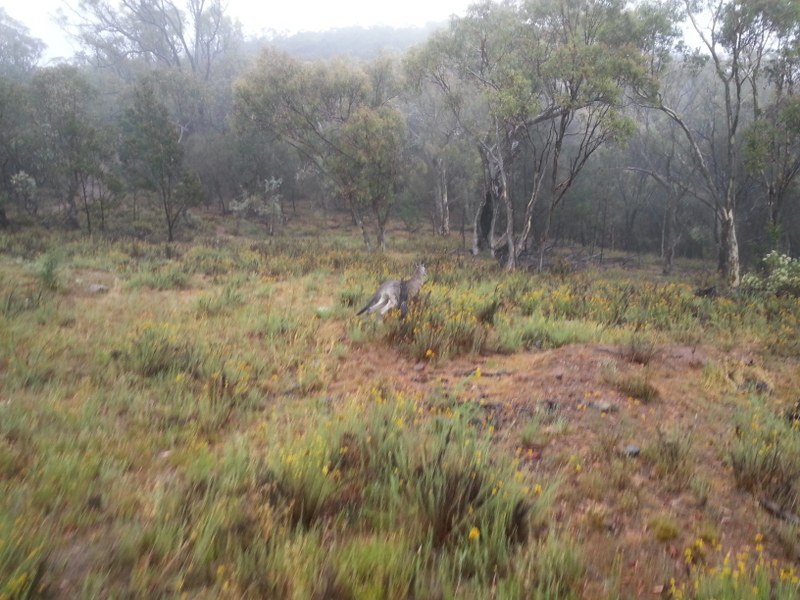 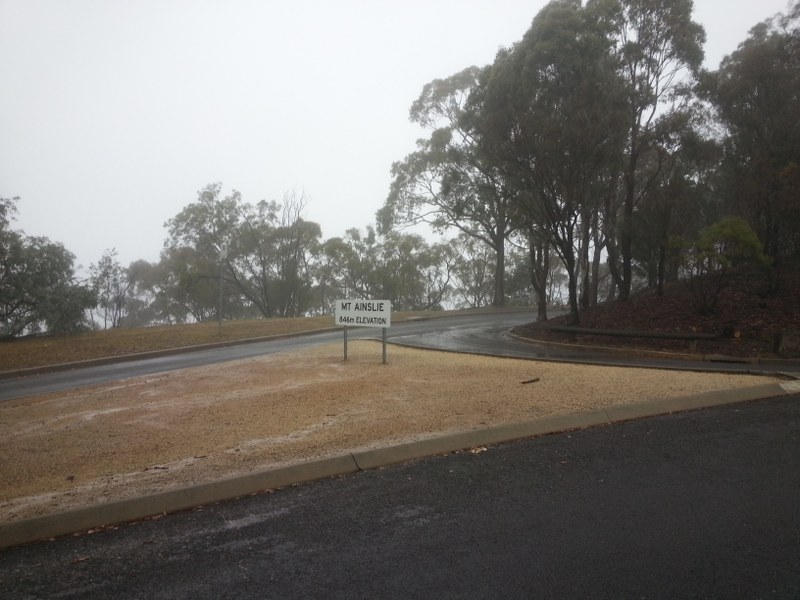 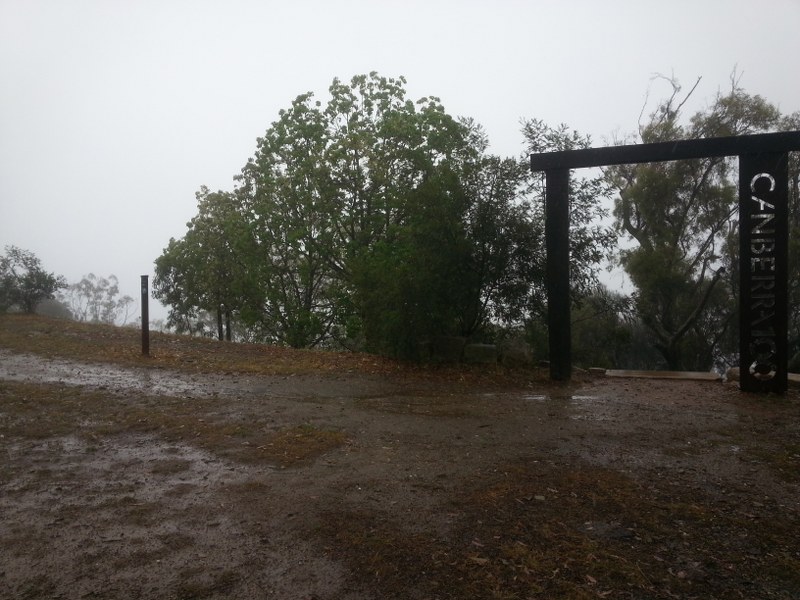 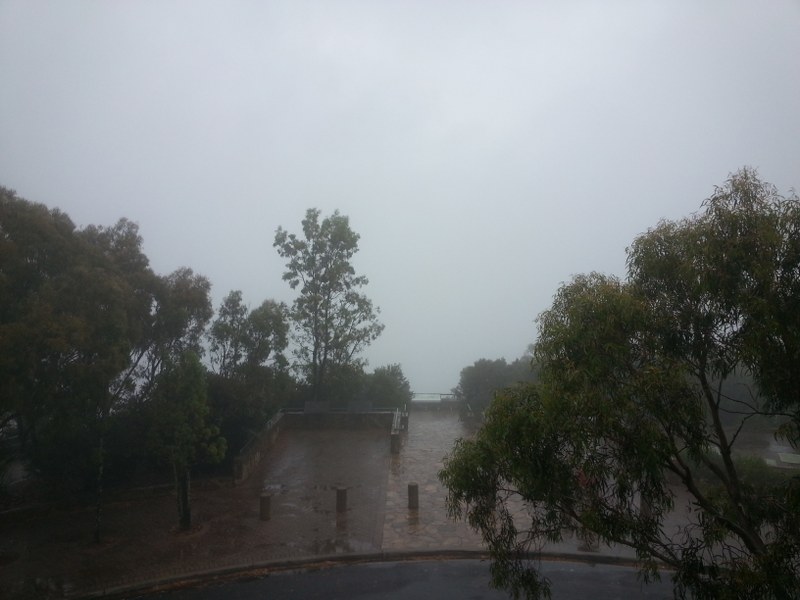 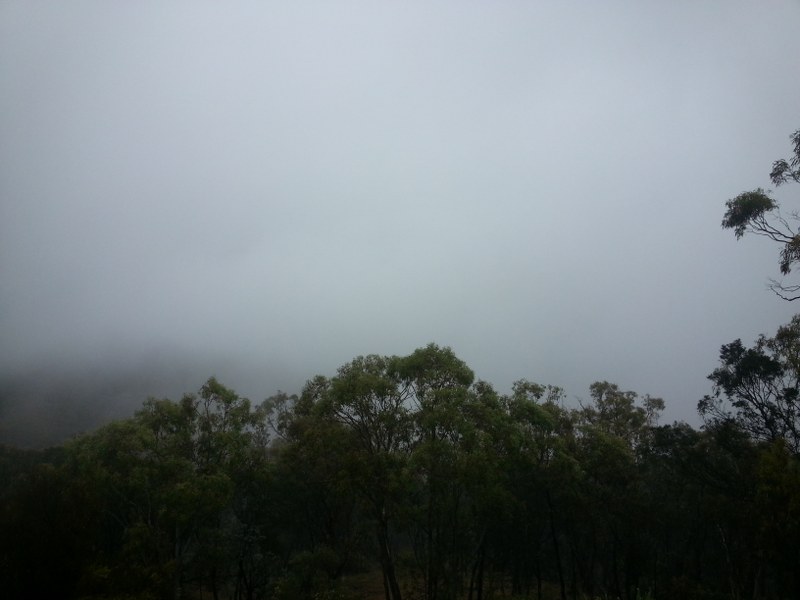 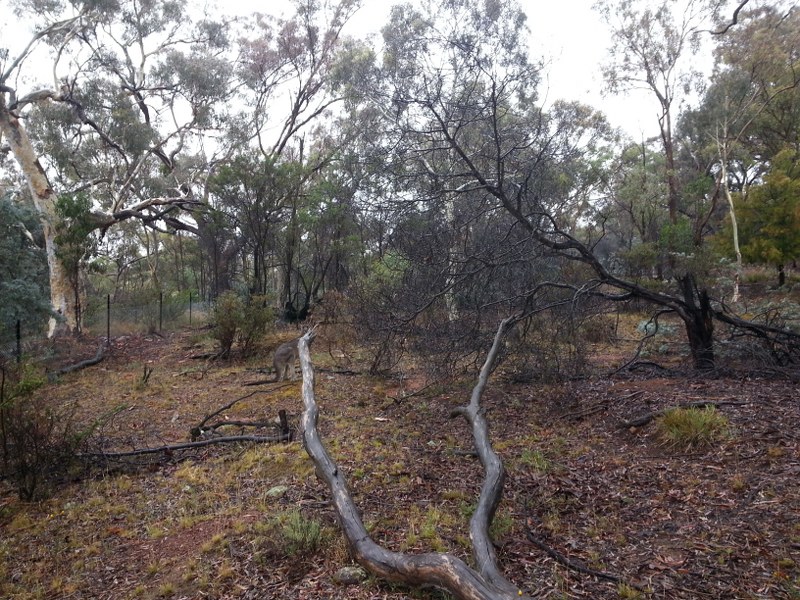 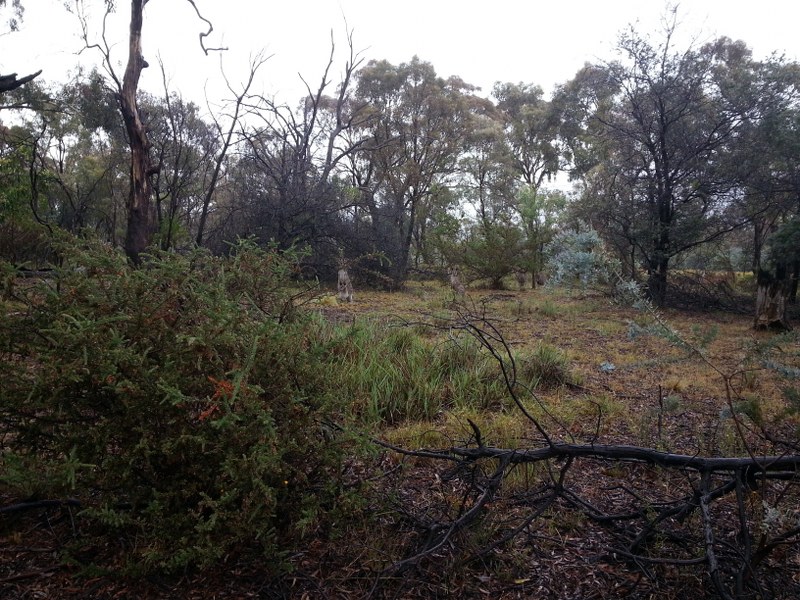 For a long time I had been planning to do Mt Ainslie and Black Mountain in the one walk, but I had never done it.

It was time to change that. The wet weather made the journey across Ainslie and Turner a bit of a slog before going through the CSIRO to reach the start of the Black Mountain trail. The weather slightly improved, so you could actually see the tower along the way. It was out of sight before arriving on the track. 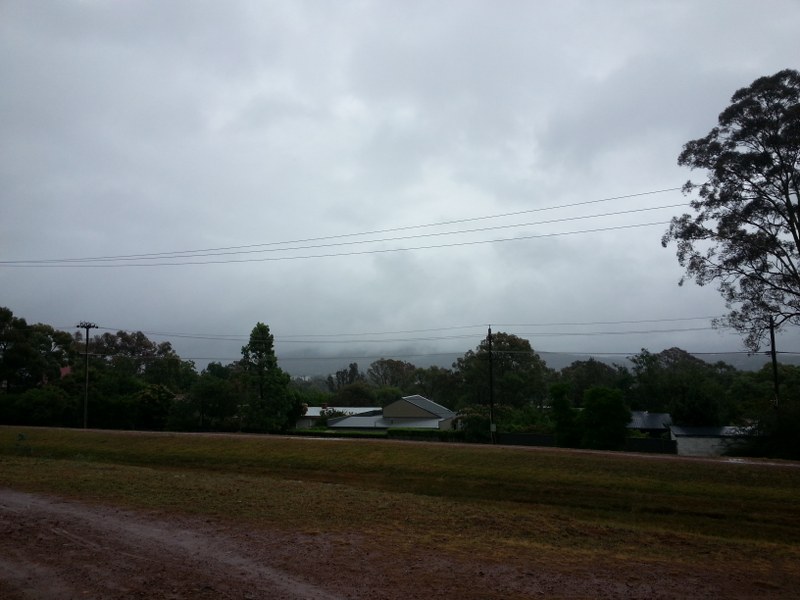 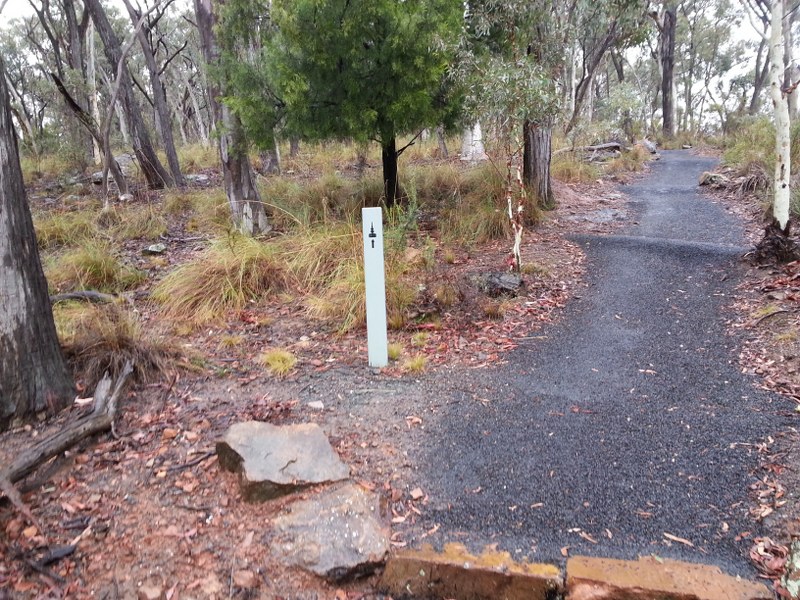 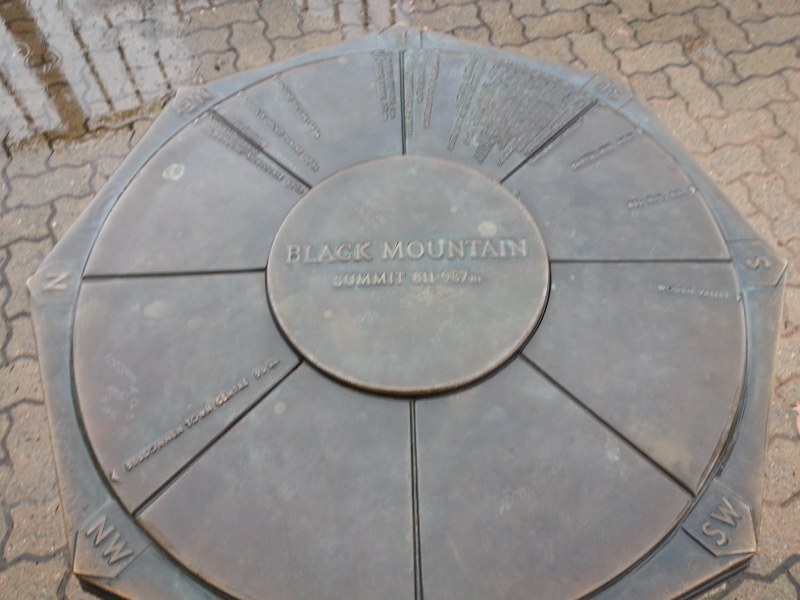 The summit gives you a wide range of options of what you should be able to see from the top, but none of it was available for viewing on this day. From Black Mountain, I went on to Little Black Mountain, which I had visited for the first time just last month. I never even really knew about it before.

There is a trail that runs from the Little Black Mountain FT which will get to the summit, which is marked by a pile of rocks. I got the chance to get up close and personal with a couple of kangaroos, who didn’t seem to mind my presence. 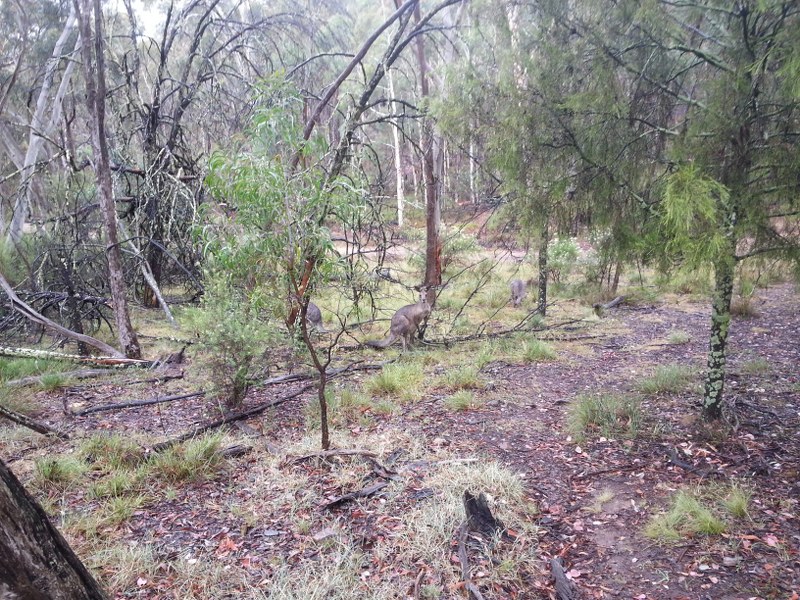 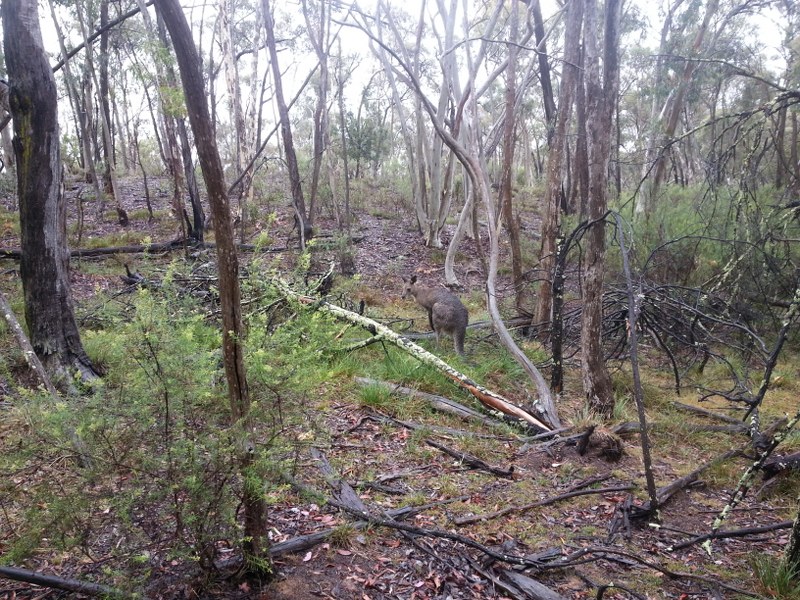 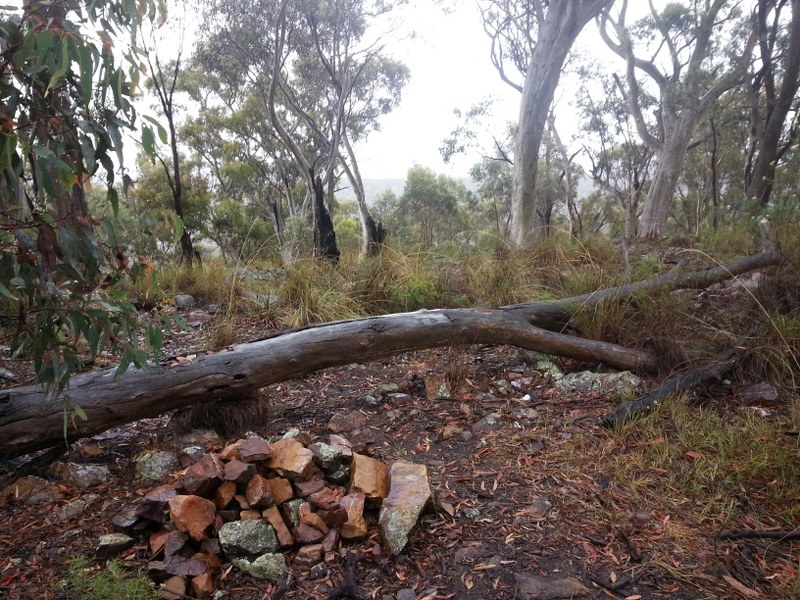 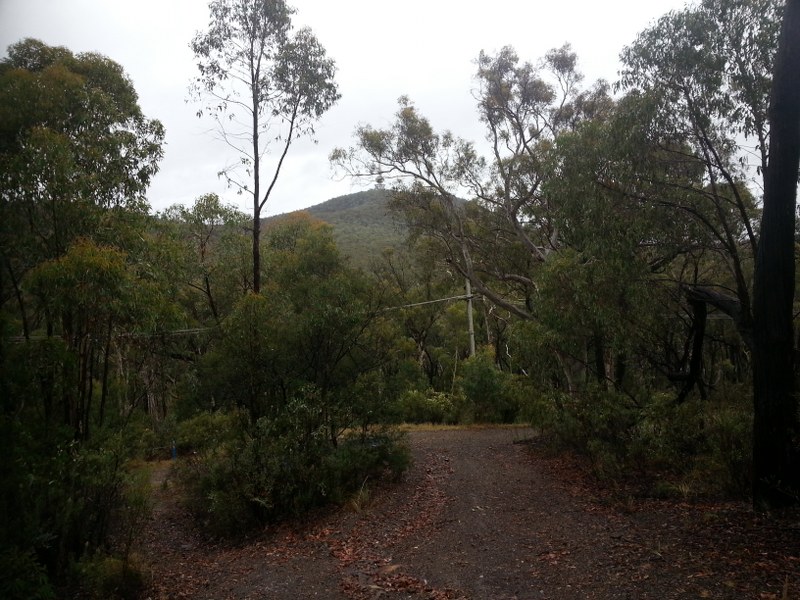 My original plan was to go to the top of Little Black Mountain, then turn around and cross over into the Aranda Bushland area before going on to Mt Painter, but the track continued on after the top and I always enjoy visiting parts of Canberra I’ve never visited before, so I continued on there, expecting to pop out more or less on the same way eventually.

That didn’t really happen at all. Coming upon a main road, which I was thinking was Gungahlin Drive, was actually Barry Drive, and I was just nearby the dog park. With that little surprise, I thought of just going back home, but decided to continue on my way towards Bruce Ridge.

I followed a trail that ran alongside the main road and eventually had the option to enter inside the Bruce Ridge area.I took a signposted trail that was running diagonally uphill and seemed a reasonable idea. It took me up towards the reservoir.

I am pretty sure these small yellow markers can be found at the top of some hills, and looking on the Bruce Ridge map, you can see the elevation climbing to a peak at the reservoir. 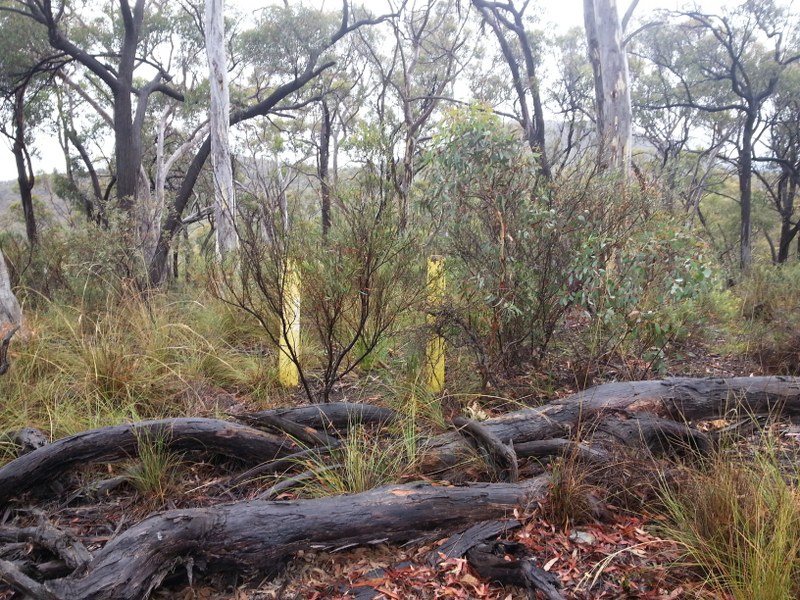 From the reservoir I made a couple of false starts before getting onto a trail that would take me in the right direction, the first options just petered out into nothing. From there I was planning to go on to Gossan Hill on the other side of Bruce.

On my way I ran into my friend Jonathan, who was out on a run. We must have been some of the only idiots out on the trail in the abysmal weather, but as we discussed, why should a bit of rain stop you from doing what you want.

We went down through the back of the Athletics stadium and on past the Raiders HQ, across the road and up to Gossan Hill. The main track was looking a bit waterlogged, so we wound our way up some of the other numbered trails, eventually passing by the top of the hill and having to turn back.

This is marked by another pile of rocks. Despite living just nearby for quite a few years, I barely ever went up Gossan Hill, but it gives a great view over the Belconnen area. I climbed up to the top of the pile of rocks to properly reach the top and was glad not to slip down in the wet weather. 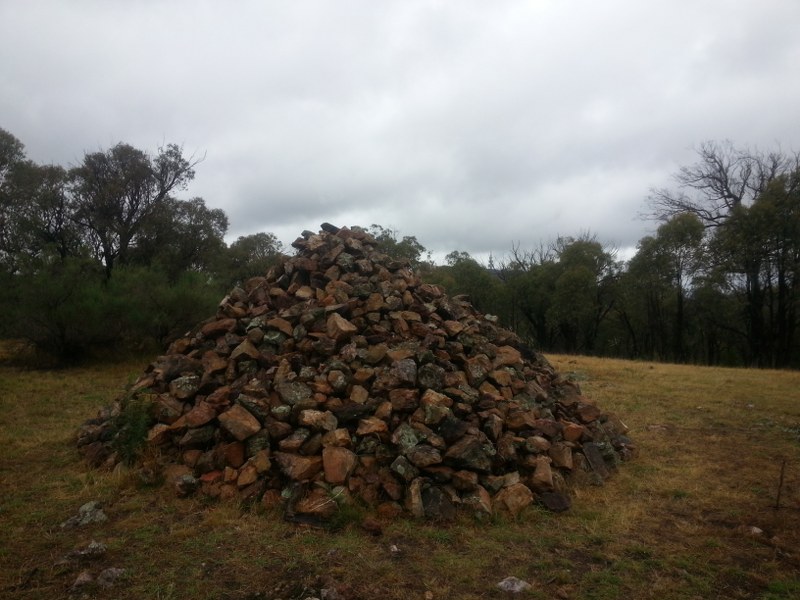 From here Jonathan had to go back to work, so I joined him to go back to Haydon Drive, then from there I went and got lunch at a new bar that has opened up in the uni, The Well. That was enough walking for my day, though you could extend this walk on to Mt Painter and The Pinnacle. That wasn’t for this day though, I’ll cover them in another journey.

My tracking app crashed midway through the journey, but you can see the path more or less on here. About 4.5 hours walking, and around 21km covered.