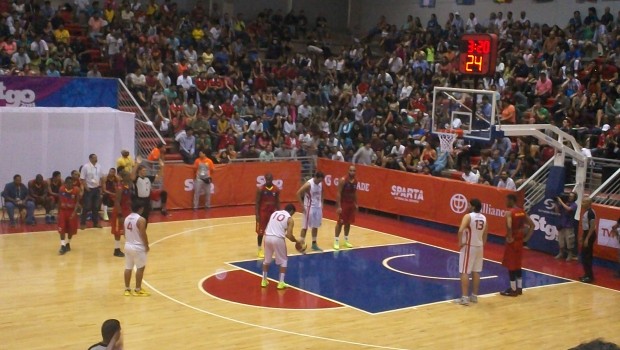 Chile´s men´s basketball team found the might of Uruguay too much to cope with in their opening match in the South American Championships.
La Roja´s hopes of getting off to a bright start in Group B were dashed as the Uruguayans cruised to a 92-52 victory in Isla Margarita, Venezuela.
Uruguay were 16-8 up at the end of the first quarter and extended that advantage to 42-23 by half-time.
They continued to hold the upper hand in the third and fourth quarters, taking them 28-15 and 22-14 to make it a 40-point margin. Mauricio Aguiar was the top scorer for the winners with 18 points.
For Chile, Portland´s Sebastián Suárez weighed in with 13 points, while Colo Colo´s Franco Morales scored ten and Español´s Renato Vera chipped in with eight.
La Roja, who won silver in the South American Games in Santiago in March, take on hosts Venezuela tomorrow night before rounding off their Group B campaign against Peru on Saturday afternoon.