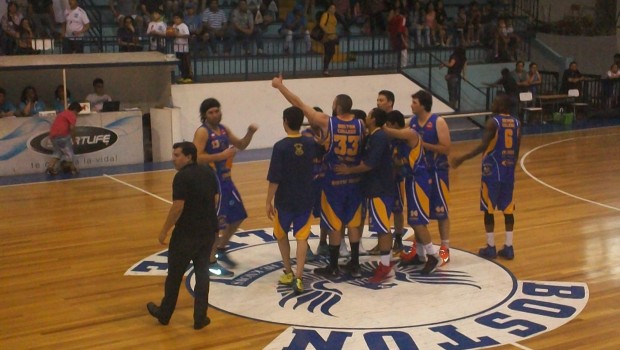 Árabe Valparaíso sprang the biggest surprise of the Libcentro basketball play-offs by dumping Municipal Quilicura out of the competition in overtime.
Quilicura were big favourites to advance to the quarter-finals after winning Zone B in the regular season ahead of Universidad Católica and Colo Colo, while their opponents only finished fourth in Zone A.
Árabe Valparaíso won the first match in the best-of-three series 69-64 at home last weekend, but Quilicura levelled the tie with a 73-64 success on Saturday. That produced a deciding match yesterday and it was the visitors from Valparaíso who triumphed.
In a nail-biting encounter, the match finished level at 65-65 at the end of normal time, but Árabe proved the stronger in overtime to run out 80-73 winners. Jhonathan Irribarra weighed in with 20 points.
All the other seven last 16 ties were decided by 2-0 margins. Árabe will now face Universidad Católica, who wrapped up their tie with an 85-79 victory at Sportiva Italiana. Badir Zara scored 23 points.
There will be a heavyweight clash between Colegio Los Leones and Colo Colo to look forward to in the quarter-finals. Los Leones thrashed Sergio Ceppi 116-60 to continue their perfect season, while Colo Colo defeated Arturo Prat 73-57.
Another mouthwatering last eight tie will see last season´s finalists Boston College and Tinguiririca San Fernando lock horns. Boston beat Alemán Concepción 79-61, while Tinguiririca ended Stadio Italiano´s challenge with a 69-58 victory.
Universidad de Concepción continued their unbeaten season with a 93-46 romp against Brisas and will now face Español Talca, who won 91-85 at Municipal Puente Alto to take an unassailable 2-0 advantage. Francisco Bravo helped himself to 31 points.
There is now a break in the action while the national team competes in the South American Championships. The quarter-finals are due to get underway on Saturday, August 2.
As well as a place in the Cuadrangular final, the four quarter-final winners book their spots in the Liga Nacional later this year. The four losers play their own Cuadrangular which offers two more places to the national league.