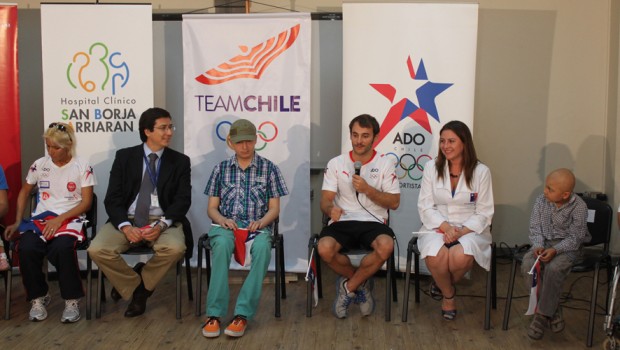 Organised by Chile’s Olympic Committee to bring athletes closer to the community, the day saw Tomás González (gymnastics), Erika Olivera (athletics), Erik Carrasco (basketball), Juan Carlos Garrido (weightlifting) and Belén Canessa sharing time with some of the children and their families at the hospital.

“It’s very exciting. Having come here to share with the children has filled us with energy, and it also gives them motivation in their daily fight. We are very content to have participated in such an important visit,” said González. Injury concerns have meant that the Chilean gymnast has dropped the all around event from his plans at the South American Games.