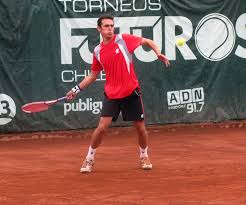 Juan Carlos Sáez´s hopes of making it back-to-back titles in Peru were thwarted in the final of the Futures F6 tournament.
With the Futures 5 crown safely tucked away, fourth seed Sáez had another good week to make the final in the US $10,000 clay court event.
However, the 23-year-old, ranked 526 in the world, found Brazil´s Tiago Lopes too tough a nut to crack. The Chilean started superbly and took the first set 6-1 against the sixth seed.
However, the 27-year-old Lopes (605) hit back strongly to claim the next two – and the title – 6-2, 6-3.
At least Sáez should keep climbing the world rankings on the back of his latest results.

One Response to Sáez double bid is foiled by Lopes