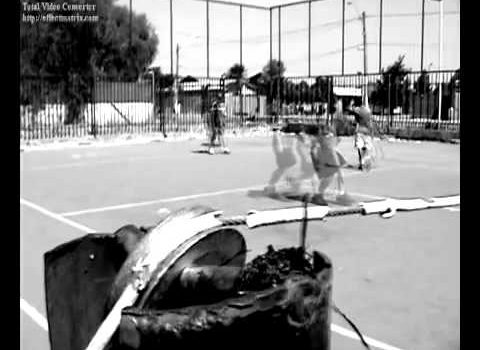 Starting in 2011, the ATP Aces for Charity program supports players and places associated with the tennis world to make a difference through their work with sporting programs. Among other players to receive the grant were Australian Nick Kyrgios for his NK Foundation and Aisam-Ul-Haq Qureshi for the Stop War Start Tennis program.

The Futuros para el Tenis program now supports over 200 children and has built a tennis school in the Lo Espejo community.

The foundation will receive 15,000 Euros, with an explanation of what they will use it for posted on the ATP website.

Hans Podlipnik-Castillo: Futuros para el Tenis aims, through tennis and education, to help young children at social risk, in Chile, obtain university scholarships around the world. Founded in 2003, Futuros para el Tenis has set up a tennis school with two hard courts, a hitting wall and a small club house and now works with 220 children aged 4-18. The Foundation will use their ATP ACES for Charity grant to pay for a full year’s tennis programme for children in the most critical state of social risk covering coaching, equipment, tournament and educational costs. There are also plans for an English language programme to help increase the probability of achieving a university education in later life.

“H-Pod” is currently preparing for the Australian Open, starting his year with a quarter final exit in Pune, India. The 29-year-old is currently ranked 58 in doubles, with Julio Peralta leading the Chilean rankings in 29th place.