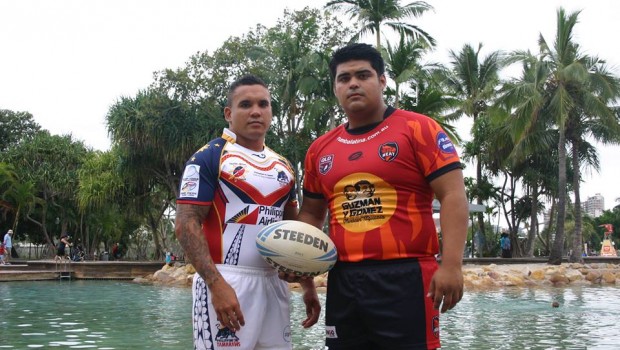 A project that is very interesting for Sport/Life is the new development in Rugby League. The recent World Cup showed that while the strong nations are light years ahead of the rest, there is great interest in various nations for developing the sport. The Latin Heat plans to build on the Latin American connection for Rugby League.

Sport/Life caught up with Robert Burgin, coach of the Latin Heat, as well as a guru of the sport – having been a player, referee, journalist and more.

– What’s your background in rugby league?
I’ve played rugby league for 25 years (20 years at club level), all for Wests Mitchelton and Western Suburbs Brisbane. I grew up playing in the same side as Shaun Berrigan actually. This is to be the year I retire from playing, but if I was needed again, I might play the odd game.

I’m also a qualified coach and have written a book on rugby league coaching. I’ve been a committee man and referee in the past. Since I was 20 I have worked as a rugby league journalist for Rugby League Week and Rugby League Coaching Magazine. I covered this year’s World Cup for RLW. I was previously the Media Manager for Queensland Rugby League from 2004-2008.

– How did you first get involved in the project?
I have been with my Brazilian partner for three years and the idea has been in my head almost as long, but in July of this year I decided to make it a reality and started contacting the Rugby League International Federation and like-minded people on social media. The lightbulb moment when I thought it could all work was last Christmas, when I was in the tiny Brazilian town of Assis Chateaubriand, in a very simple rural community and I showed people NRL and State of Origin clips on YouTube. They loved it.
– Who were the first players to sign up for the team?
It’s quite a good story how I met Daniel Sarmiento, who was our captain in a Nines tournament in Brisbane in September. Purely by chance I went to a coaching refresher course and one of the development staff was introduced to the group as ‘Dan Sacramento’ by the convenor. He was joking around with Dan’s surname, but if he hadn’t said ‘Sacramento’ I may have never clicked that Dan was Latino, as he is commonly mistaken for a Tongan. He was actually born in Colombia, but moved to Australia at age 8.
– The first match for the Latin Heat is up against the Philippines – what was the reason for choosing them as the first opposition?

When I first started forming the team, Tas Baitieri from the RLIF said that we should follow the Philippines model as they enjoyed rapid success in just two years and were very professional. From two years ago, they now have hundreds of eligible players and four teams for the upcoming Cabramatta Nines. Also I wanted an opposition who was at the development stage, but would set a level our guys can aspire to.
– You have players from a wide range of countries and backgrounds, how has everyone bonded together?
That’s very true and we are always mindful that if players want to split into individual nations, we will support that. Indeed, it is our ultimate goal once we have established depth. Saying that, the Latino community here is close, no matter whether you are from Cuba or Chile.
Our whole squad at the moment speaks Spanish and enjoys the same sort of music and food, which we use to bond the squad together. One surprising facet is that when I started the squad, I expected it to be full of Brazilians and Argentinians. Actually our squad is dominated by Colombians, Chileans and El Salvadoreans. Nobody bothers much about the exact country they are from, but more the sense that they could set the ball rolling for bigger things to come in that part of the planet.
– You have some great support from sponsors, has it been difficult to attract financial support for the project?
Yes and no. Most of our sponsors jumped on board at the very first meeting. But I do feel more could be done within the Rugby League structure to reduce our overheads, particularly playing insurance. We are out in the market looking for a few more sponsors at the minute, but as I run a business and our other members all work, it is often hard to find time outside training, updating everyone, organising games etc.
– Will we see the Latin Heat on Latin American soil any time soon?
There is a plan that I cannot say too much about to have a game in Brazil this year, but that is very conceptual at the moment. More likely to happen will be a game between Jamaica and Colombia in one of those nations, which we will help organise. Chile is a huge contender to host games for numerous reasons…it’s the easiest point to fly to from Australia, it’s listed as the safest country with one of the highest income ranges in Latin America, we have a handful of players in the team from Chile and we believe the thirst for rugby union and touch football there shows there would be a market for league.
– You have the chance to share the Latin American culture through the sport – how important is this for the players?
That is an immense factor. When I wrote the mission statement for the team it had two arms. One was spreading rugby league. The other was enhancing the mutual appreciation of Latino and Australian culture. We have several boys who come from refugee backgrounds, some that have their country tattooed on them…and they enjoy saluting the traditions of their homeland. We are in the process of speaking with dance and music groups so people get an authentic experience at our games.
– What’s your dream for this sporting project?
Whew, that’s a big one. My goal ideally is to have two/three conferences playing international rugby league in Latin America, with club teams in the major cities. Within three World Cups I would like to see a Latino nation competing as a stand-alone side. I also want to encourage investment by the NRL and RLIF in the Latin American region to ensure better broadcast coverage and brand identification.
On a humanitarian level, I’d like to see westernised society develop an awareness of issues in the Latin American region, some of the synergies that exist and the wonders it has to offer. I want to use sport to make the global community a better place.
– International eligibility has been a controversial subject in rugby league, what’s the qualifying process for the Latin Heat?
We fully abide by RLIF rules in that you have to have at least a grandparent or parent born in that country, or be a citizen through residency. To be honest, 95% of our guys were born in Latin America and moved here for a better life or to avoid conflict or political persecution. I don’t think anyone can begrudge them that and they are proudly Latino.
We have a handful of guys born in Australia to Latino parents, but they are some of the proudest Latinos because they don’t often get a chance to express their culture and be together. I’m extremely confident that everyone in this squad is playing for the right reasons.
We have had others come and go that were just looking for a jersey, but they fell by the wayside and we don’t chase those sort of people at all, regardless of ability. Players can qualify for us by having heritage in any of the mainland nations of Central and South America, or the Latino nations of the Caribbean.
– Do you have anything more to add, anyone to thank?
If you could somehow mention our sponsors Guzman y Gomez Mexican Taquerias, Crop del Monte Coffee Specialists, Rumba Latina Entertainment and Gringo Magazine, that would be great. Also the RLIF have been great to work with.
The Latin Heat will take on the Philippines on January 18 at Runaway Bay on the Gold Coast.  More information can be found on the Facebook page.