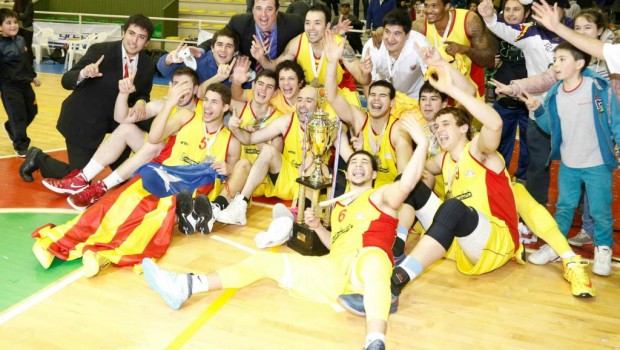 Español de Osorno have been crowned Liga Saesa basketball champions after coming out on top in the end of season cuadrangular final.
On the opening night of competition, Español thrashed Lautaro 101-64, while Valdivia´s Las Animas stunned hosts ABA Ancud 80-70.
On Saturday night, Español put an end to Ancud´s hopes of winning the trophy on home soil with a solid 74-66 victory. Las Animas also made it two from two with a battling 81-76 win against Lautaro.
That set things up nicely for a final showdown for the title between Español and Las Animas on Sunday – and it was the team from Osorno who proved the stronger.
Español ran out 66-52 victors to make it three wins on the trot and claim the title with something to spare. Gerardo Isla led the way with 18 points and eight rebounds, but it was the team effort that proved the key for Manuel Cordoba´s troops.
For Las Animas, Alex Carcamo caught the eye with 18 points and 13 rebounds, while Michael Ernst scored 14 points.
Liga Saesa champions Español will now meet Libcentro winners Universidad de Concepción next Saturday in the Copa Chile final.
In the third/fourth play-off, Lautaro edged out Ancud 65-62.