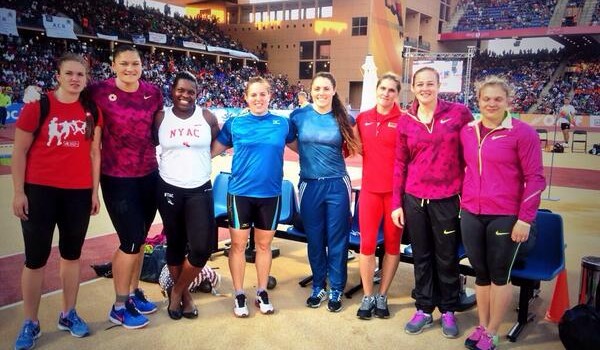 Shot put star Natalia Duco produced her second best throw of the season to earn sixth place in the IAAF World Challenge in Morocco.
The South American Games champion´s best effort was 17.94 metres in the third round and, in all, she produced three efforts over 17.50m.
Her best throw of the season so far was in winning the Odesur competition in Santiago in March. On that occasion, she threw 18.07m.
It´s some way off her Chilean record of 18.80m set in the Olympic Games in London two years ago, but suggests she is heading in the right direction and has a good base to improve from over the next few months.
In Morocco, Duco was up against some of the best in the world and it was no great surprise that legendary two-time Olympic gold medallist Valerie Adams, of New Zealand, won the competition with 19.69m.
Ukraine´s Galyna Obleshchuk was second with 18.82m, while Hungary´s Anita Márton completed the podium with 18.11m.