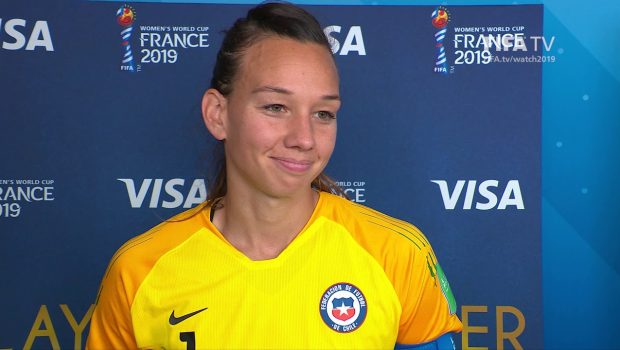 Chile captain Christiane Endler has been praised for her performance.

The USA were still able to get three goals into Chile’s net, but a scoreless second half mean Chile are in contention to pass the group depending on their goal difference.

Endler isn’t average…she is spectacular! Does anyone think she should be playing in front of a smaller goal? Thank you @TIANEendler for bringing such pride to the GK position! Keep your head up! https://t.co/mPN7Ips8SN

Endler was named Player of the Match and had praiseflowing from around the world for some her brilliant work in front of goal. Shot after shot was blocked. After a 13-0 drubbing of Thailand, the USA have easily qualified for the next round before their clash with Sweden.

Chileremaining in calculations due to goal difference, with the best placed teams in third place remaining a chance to proceed to the next round.

Chile’s next match will be against Thailand on June 20 in Rennes. The Chilean squad will look to score their first goal of the World Cup. The Thais were able to open their account in a 5-1 loss to Sweden.