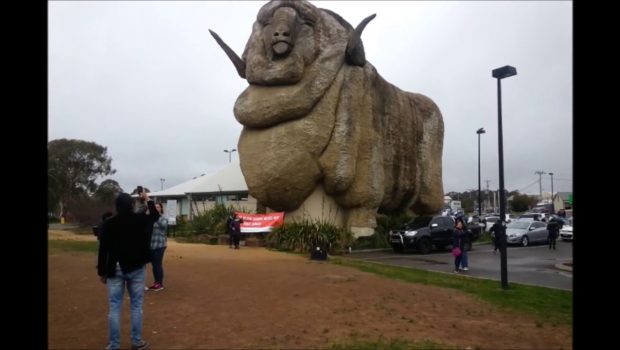 We were able to head to Sydney over the recent long weekend, catching up with friends and family. Capital Eyes Vlog 20 covers some of these adventures.

With a forecast of rain, rain and more rain, it may not have been the best idea to plan most things outside. In the end it worked quite well though. We drove up through some heavy rain and noticed just how cold it was when we stopped in Goulburn.

The planned picnic by the river was not sounding like the greatest idea. My friend Kelly had been overseas for over a year and was back in Sydney for a few weeks, so it was great to be able to catch up. We had decided to meet on our way through in the Campbelltown area. A quick search of things to do in the area brought up that there were some good picnic places on the Georges River, which I was not actually aware ran through that area, as it’s a long way from Botany Bay.

By the time we met, after a few wrong turns and a little waiting for traffic and roadworks, the rain had disappeared and we were able to head to Frere’s Crossing. It was a bit of a walk down to the river, and once we got there we found quite a lot of water rushing down a fairly wide, brown stretch of water. That was as good a place as any to eat the picnic lunch we had brought and catch up.

On the way back Nico and I were able to stop in a mini cave, which was more of an overhang than a cave but something interesting for the journey. It was an area I had never explore and I always enjoy getting know some new places.

Later that evening we were lucky enough to have a night off in Sydney, with family helping to look after Nico. We had planned to take a look at the Vivid festival by walking over the Harbour Bridge and then checking it out. After a pub meal in North Sydney we started heading towards the harbour and came across another idea – what if we checked out Luna Park on the way.

We got tickets to have a couple of rides each, which were a bit more than I would have liked to pay, but it was a chance for something different. We went on the rollercoaster and the dodgems. From there we caught a ferry that was going over to Darling Harbour, which gave us a chance to have a look at some of the light displays from a little way off, rather than in the thick of the crowds.

This picture didn’t come out very well, but it’s the only one I was able to get at the time. 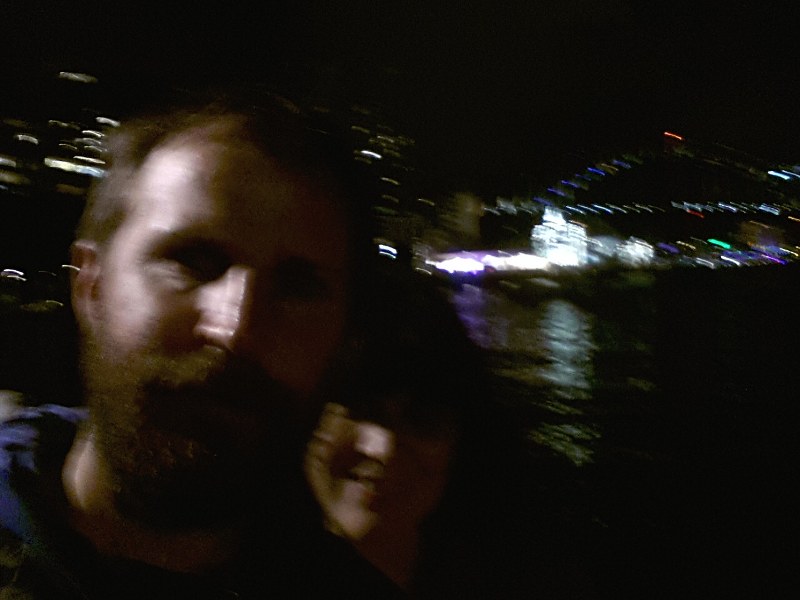 Once we were off the ferry, the rain came pouring down. We just needed to get out of the weather so we went into the Strike Bowling, which is where we found ourselves a couple of years back on a similar night out. The bowling was a bit crowded, so we had a game of pool, with our combined low skill level ensuring the game went on for a long while. We called it a night after that and made our way back.

The next day we were back on the ferry. Transport is really cheap in Sydney on Sundays, so it was very pleasing to leave the car where it was and not have to think about the traffic at all. We were able to catch up with a few friends in Balmain and Nico enjoyed playing in the park by the wharf. 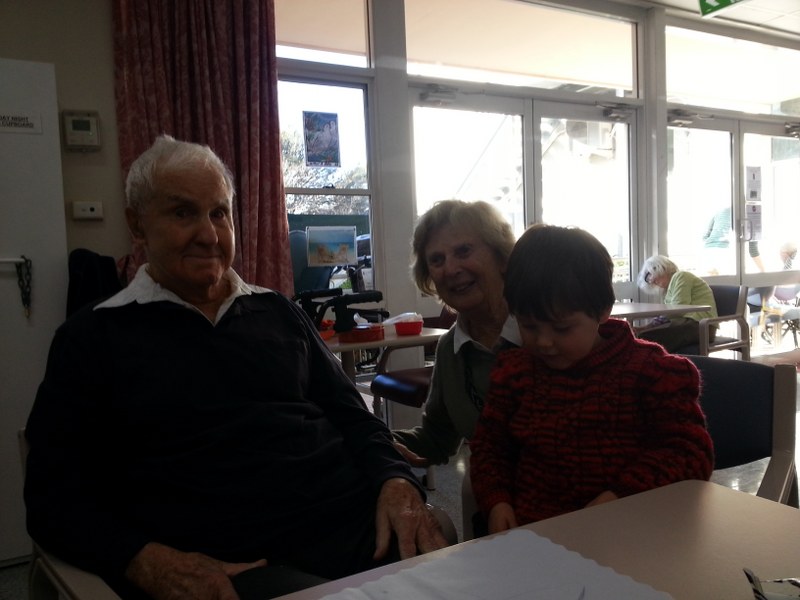 Before heading out of Sydney we visited my Grandpa and my Nanna. We planned on stopping by for some Chilean snacks in Fairfield on the way back out, but the public holiday did not help us much with that. We don’t usually stop in Goulburn, but this time around we actually stopped there both ways, visiting the skatepark on the return journey.

We normally get up to Sydney a bit more often, but the visits have been fairly few and far between this year. This video has the most limited footbag in it, just one run from before we set out on the journey.