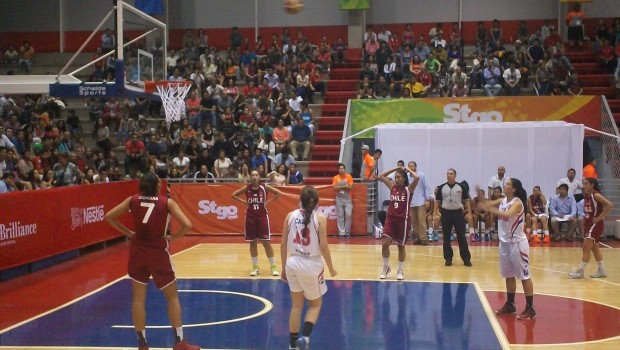 Women´s basketball had a massive upsurge in popularity during the South American Games last month – and now the National League wants to take advantage.
Chile´s women, led by star player Ziomara Morrison, earned the silver medal in the Games in Santiago and a full-house crowd witnessed a thrilling final against Argentina.
Morrison´s heading off to the USA to play for the Indiana Fever in the WNBA, but there will still be plenty of quality players to watch on home soil.
The league gets underway with two matches in the south on Saturday. Kingston College host Castro in Concepción and Universidad Austral entertain Puerto Montt in Valdivia.
The South Zone weekend programme concludes with the match-up between Araucania and Castro in Temuco on Sunday.
In the Central North Zone, all the action is in Santiago on Sunday. CDO are televising the attractive duel between Boston College and New Crusaders.
The match takes place at the Centro de Entrenamiento Olímpico II (CEO II) in Ñuñoa.
Meanwhile, Brisas host Corina Urbina at La Cisterna and Universitarios de Chile take on Sergio Ceppi in Santiago Centro.
One disappointment for the league on the eve of the new season was Puerto Varas´s late decision to pull out.