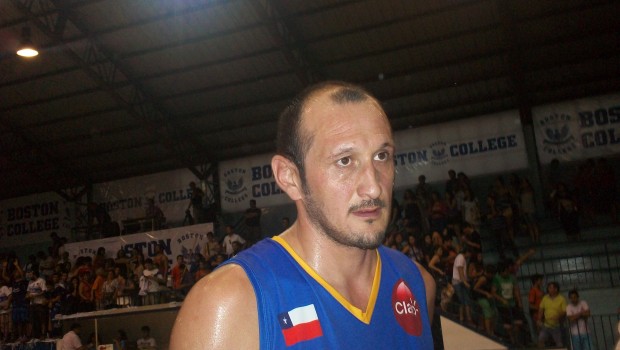 Colegio Los Leones maintained their 100 per cent record this season with a heart-stopping 64-63 Libcentro play-off victory at Colo Colo.
A tight battle between the two heavyweights was always on the cards and the match lived up to expectations.
Colo Colo fought back from an 11-point deficit to take the lead with less than three minutes left, but Los Leones kept their nerve to eke out the victory.
In a dramatic finale, Franco Garrido scored the winning basket with a mere eight seconds left on the clock.
The victory gives Colegio Los Leones a 1-0 lead in the best-of-three series and they will be favourites to go through to the cuadrangular final with two, if necessary, home games to come next weekend.
The only other team with a perfect record going into the play-offs was Universidad de Concepción. However, they suffered a nasty shock with an 87-71 defeat at Español de Talca.
Pablo Barraza (23), Francisco Bravo (22) and debutant Rodrigo Madera (18 points and 11 rebounds) made U de Conce feel the absence of key man Evandro Arteaga through injury.
It means the pressure is now on U de Conce to win twice at home next weekend if they want to make the cuadrangular final.
Libcentro holders Boston College look well set to make it after notching up an impressive 94-82 victory at Liga Nacional champions Tinguiririca San Fernando.
Chilean internationals Jorge Valencia (29) and Erik Carrasco (22) shone for the visitors.
Meanwhile, surprise package Árabe de Valparaíso pulled off an excellent 70-64 victory at home against Universidad Católica. Andrés Jara weighed in with 17 points for the victors who now need one win in Santiago next weekend to wrap up a cuadrangular final place.
The four teams that reach the cuadrangular final book places in the Liga Nacional, while the four losers face a cuadrangular repechage which offers two more places.