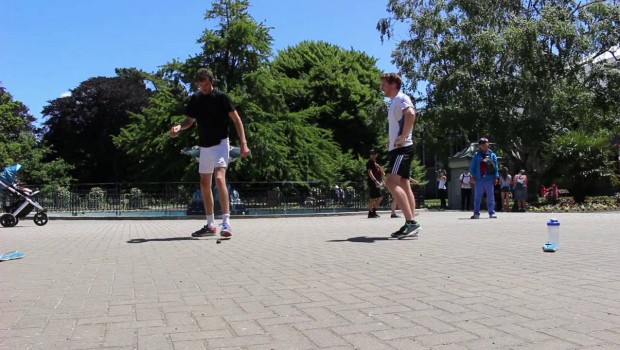 This may not be the most intense shred that we have seen from either of these former Worlds finalists, however it is great to see them both in action, showing some great flow in their runs. The “Red Rocket” made a surprise appearance midway through the week in Copenhagen, while “Pipebomb” has spent most of the year working in New Zealand.

It is great to see an active scene in New Zealand, with many newer players probably not realising the massive impact that players like Adrian Dick and others had in creating the early moves lists which became the backbone of that used on footbag.org.

When I started making plans for the calendar, Phil was someone that I reached out to saying I was really keen to see some new footage. I certainly hope to see both these guys in Australia in the near future. Here are a couple of reminders of each of these guys in the past.

Red Rocket Footbag – Call It What You Want 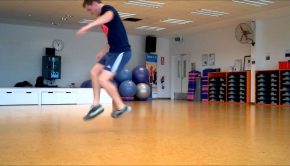 How to Play Footbag – Red Rocket → 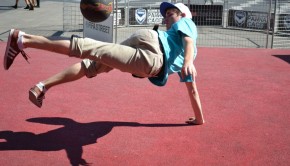