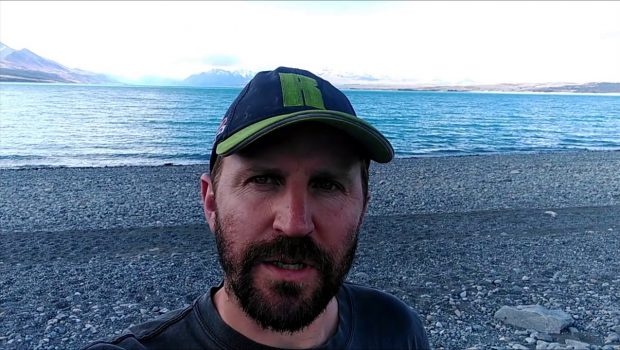 We spent a couple of weeks in November in New Zealand.

Aside from an unplanned stop in a hotel near the Auckland airport coming back from Chile, I had not been to New Zealand before. We had a wedding to go to so we spent a couple of weeks exploring the South Island.

We were lucky enough to get a couple of nights for free in some of the YHA hostels. In general they were pretty well fitted out and in good locations. We flew in and out from Christchurch and then made our way down through Wanaka and Queenstown before going on to Te Anau and Milford Sound.

We made our way up through the impressive Lake Tekapo, which has a brand new hostel just near the water before we went to Geraldine for the wedding.

Most of these places feature in the vlog. I was also lucky enough to get in a kick with Phil Morrison on day one in Christchurch. This vlog is meant to work as a bit of a companion piece to my submission to the Joulukalenteri.

We will have to explore New Zealand further. There’s still the North Island and plenty more we didn’t get to see on this visit.

Unfortunately I didn’t reach the top of any summits, though I did go most of the way up Queenstown Hill with Jasmine in the stroller early one morning. Nico and I also started on the track to Rock Peak which is on the windy road between Wanaka and Queenstown.

The must-see location was the dinosaur slide by the lake in Wanaka. That was quite an enjoyable town. We only had one night there, but it would have been worth spending an extra night there.

The wedding was a success as well. We had a boxing class in the morning with “the boys”. This basically destroyed me and convinced me I should probably get a gym membership and increase my fitness, so that’s been done.